Formula E is the apex motorsport in the electric vehicle arena, just like Formula One for ICE vehicles.
By : HT Auto Desk
| Updated on: 01 Jul 2022, 18:58 PM 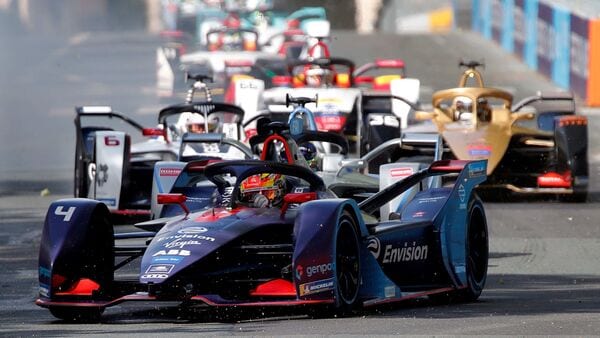 Formula E will make its way to India for the first time ever with a race scheduled to be held in Hyderabad on February 11 next year, reports PTI. This Formula-E race in Hyderabad will be the first time a major international racing event is held in the country since the Formula 1 Indian Grand Prix in October 2013 at the Buddh International Circuit.

Besides India, Formula E will also make its way to Brazil for the first time next year. Brazil will host a race on 25th March next year, as revealed by Formula E and FIA's provisional calendar for the upcoming ninth season 2022-23. FIA has said that two major motorsport fanbases will welcome E-Prix for the first time. "Round 4 of the championship will be held in Hyderabad, India, on 11 February, while fans in Brazil will see the Sao Paulo E-Prix on 25 March for Round 7," a media release stated.

The Formula E race could also provide a massive boost to the Indian motorsports sector, which lacks any high-profile event since Formula 1 was scrapped after three seasons.

Speaking about the ninth season, Alberto Longo, Co-Founder and Chief Championship Officer, Formula E, said that the season nine calendar of the ABB FIA Formula E World Championship is the most expansive and dynamic racing schedule yet. "We will continue to push the international boundaries of all-electric street racing with E-Prix in Hyderabad and Sao Paulo, while maintaining the hugely-popular races in Diriyah, Mexico City, Berlin, Monaco, Rome and London with Jakarta and Seoul now established on the calendar. We are also working hard to include Cape Town and a race in the USA when the provisional calendar is updated later this year," he further added.