Force Motors had launched the new generation Gurkha SUV earlier in September at a starting price of ₹13.59 lakh (ex-showroom).
By : HT Auto Desk
| Written By : Sabyasachi Dasgupta
| Updated on: 26 Oct 2021, 09:04 AM 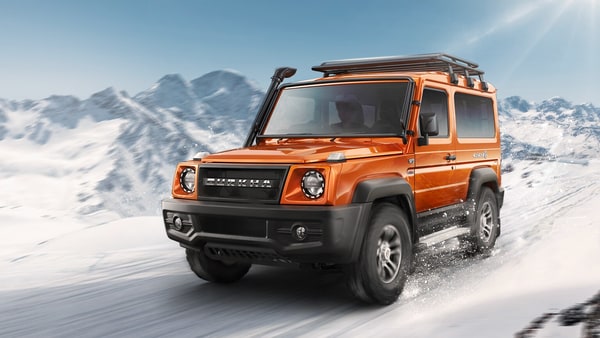 Force Motors has started to deliver the 2021 Gurkha SUV to its customers nearly a month after its launch. The deliveries of the all-new Gurkha, rival to Mahindra Thar SUV, began at several locations across the country from Monday.

2021 Force Gurkha was launched late last month at a starting price of ₹13.59 lakh (ex-showroom). According to the Indian carmaker, the response to the new Gurkha SUV has been ‘very encouraging’. The carmaker has also said that it will expand its sales network across India in coming days in a phased manner. Earlier, Force Motors had said that it has tied up with Auto Europa India, which has over 6,200 touchpoints, for on-road assistance.

Ashutosh Khosla, President Sales and Marketing at Force Motors, said, "We are delighted with the response to the all-new Gurkha across the country. Even before the vehicles arrived at the dealership, customers have booked the Gurkha seeing the positive feedback. We already have enough bookings to cover the supplies for the next three months."

2021 Gurkha, which carries design inspiration from the Mercedes G-Wagen, has received several upgrades compared to its preceding model. The SUV comes with a new front grille, flanked by circular bi-LED headlamps and LED DRLs which sit above the new set of fog lamps. It also gets new 16-inch alloy wheels and a functional snorkel. At the rear, Gurkha gets a new new set of taillights as well as a ladder to access the roof-mounted luggage carrier.

The interior too has undergone several changes. It gets an all-black interior, captain seats and floor mats specifically meant for the outdoor capability of the SUV. The Gurkha also comes with a new seven-inch infotainment screen which supports Android Auto and Apple CarPlay. The driver display is now semi-digital and sits behind a new three-spoked steering wheel. While the large panoramic windows for the rear seat passengers are fixed, the front row windows are powered.

The 2021 Gurkha also comes with an AWD option. Force has also tweaked the suspension setup with double wishbone and coil springs. It can also crawl up gradients of 35 degrees. The Gurkha also offers a water-wading capacity of 700 mm.