Mahindra Thar 2020 has generated a massive buzz and the number 1 unit of the vehicle promises to be a collector's delight.Proceeds from the auction of the Thar unit will be donated to organizations helping in the battle against Covid-19.
By : HT Auto Desk
| Updated on: 02 Oct 2020, 12:27 PM 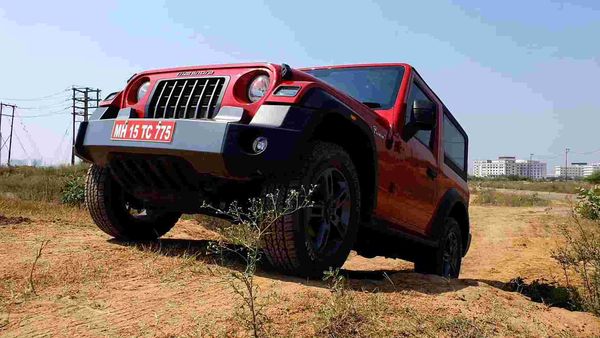 Mahindra Thar 2020 is going to be launched in the Indian market on October 2nd which also marks Mahindra’s 75th Founders’ Day. The first unit of the upcoming vehicle, however, was put out in an auction to raise funds to help fight Covid-19 and the winning bid was at a whopping ₹1.10 crore.

Bookings for the much-anticipated SUV will commence from the same day of its launch.

The proceedings from the Thar #1 will go to either Naadi Foundation, Swadesh Foundation or PM CARES fund, depending on which is chosen by the auction winner. Over 5,000 people showed interest in the online bidding of the Mahindra Thar and Akash Minda from New Delhi won the bid for ₹1.11 crore on Tuesday evening. Interestingly, Mahindra will match the bid now and add it to the amount to be donated.

As for the unit itself, it will come with a special badge that highlights its status as Thar #1 while also getting the owner's initials. It will also carry number '1' on the dashboard and leatherette seats. 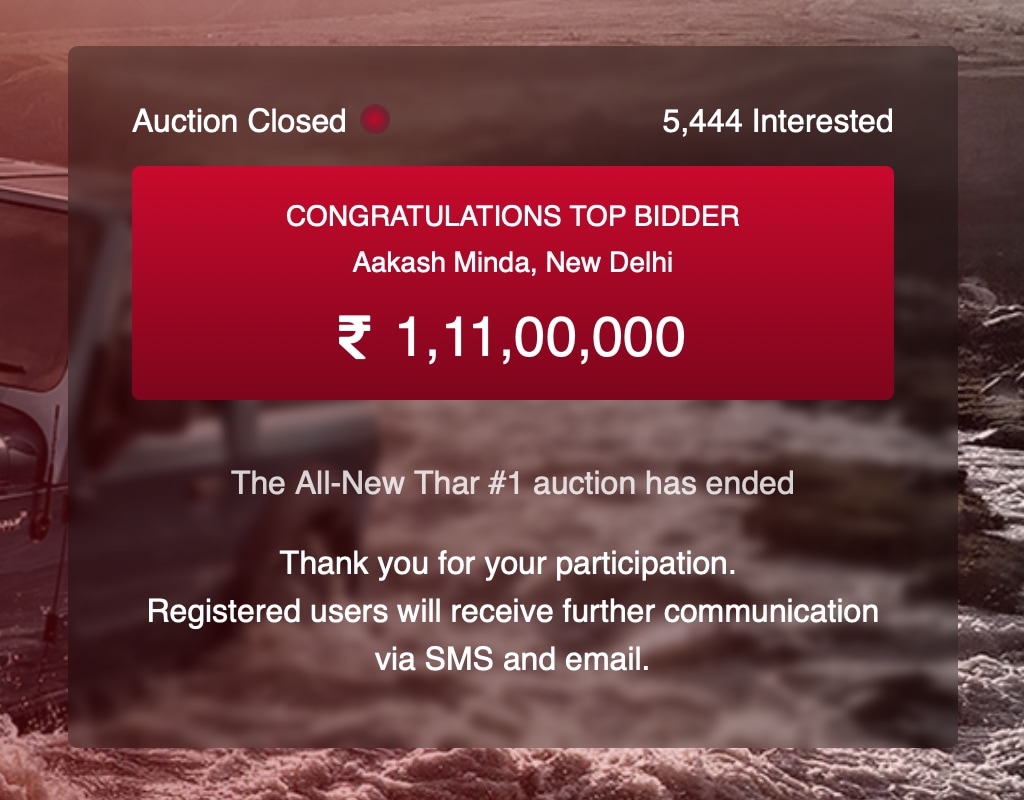 Online auction for the Thar 2020 has been closed now.

Other interested customers for the 'regular' Thar will be able to book and configure the vehicle from October 2, the official date of launch. As per the dealer sources, deliveries on the second-gen Thar will commence from late-October.

(Also Read: Farmers give Mahindra (and maybe Narendra Modi) a sliver of hope)

The new-gen Thar was previously set of early 2020 introduction but the launch plans were delayed due to the pandemic which threw a wrench in several other major launches for 2020.

The new Thar will be introduced in two trim option - Thar AX and Thar LX. The former will be targeted at hardcore off-road enthusiasts, while the Thar LX will be available with more comfort and convenience features for daily drivers. Under the hood, the SUV will get two powertrain options in the form of a 2.0-litre turbo-petrol and a 2.2-litre diesel. The transmission options will include a 6-speed manual and automatic gearbox units.

As far as pricing is concerned, the second-gen model is expected to be launched in the Indian market starting from ₹12 lakh, extending up to ₹15 lakh. The Thar is going to rival the likes of the upcoming Force Gurkha BS 6.