Home Auto Cars News Fed Up With Long Waiting Period? Why 6.5 Lakh New Cars Are Yet To Be Delivered

Fed up with long waiting period? Why 6.5 lakh new cars are yet to be delivered

Maruti Suzuki, being the leading carmaker in India, also leads the chart of manufacturers with largest backlog of bookings. Hyundai Motor and Mahindra and Mahindra are placed second and third on the list.
By : HT Auto Desk
| Updated on: 21 Jul 2022, 17:57 PM 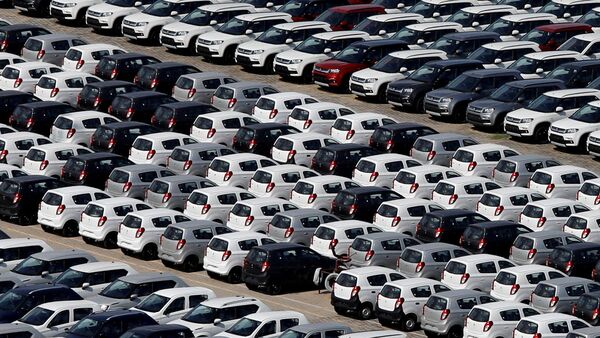 Maruti Suzuki India has a backlog of around 3.4 lakh units of new cars to be delivered to its customers.

Did you book a new car and is waiting for months to get it delivered from the carmaker? You are not alone as long waiting period for new cars has reached record highs as manufacturers continue to struggle with backlogs due to ongoing chip shortage crisis. According to latest information, around 6.5 lakh new cars, which have already been booked by customers across India, are still waiting to be delivered. From leading carmakers like Maruti Suzuki to new entrants like Kia India, all carmakers are facing the brunt of the crisis as they fail to address the issue of long waiting period for new cars.

Maruti Suzuki, being India's top car manufacturer, is also leading the chart with most number of cars waiting to be delivered. Maruti is yet to dispatch 3.4 lakh cars to its customers so far. Shashank Srivastava. Senior Executive Director (Marketing and Sales) at Maruti Suzuki India, was quoted by news agency PTI sating, "As per our estimates, there should be a backlog of around 6.5 lakh units across the passenger vehicle market. For Maruti Suzuki alone, the figure has crossed the 3.4 lakh mark."

Srivastava feels increasing production is the only solution to address the issue of long waiting period. However, he maintains that demands have not wained despite the issue. "The last two quarters have been above nine lakh mark (sales) for the industry. It is the first time ever in the Indian auto industry that we have crossed nine lakh sales in consecutive two quarters... it means that demand remains very strong in the market," Srivastava added.

Hyundai Motor and Mahindra and Mahindra are placed second and third on the list with a backlog of around three lakh units collectively. Mahindra's flagship XUV700 SUV has the longest waiting period among all cars currently sold in India. In certain cases, the waiting period for XUV700 stretches up to nearly two years.

Among other carmakers, Tata Motors, Kia India and Honda Cars are also struggling to dispatch pending orders. According to a spokesperson from Tata Motors quoted by PTI, the waiting period for its cars range between a month and three months, depending on the model variant and colour. In case of electric vehicles, a segment which Tata Motors is dominating with more than 80 percent market share, the waiting period stretches up to six months.