Easy endeavour? With Ford exit, does Toyota Fortuner make more sense than before

With Ford Endeavour reaching the end of its road in India, Toyota Fortuner may well further strengthen its position.
By : HT Auto Desk
| Updated on: 27 Sep 2021, 10:17 AM 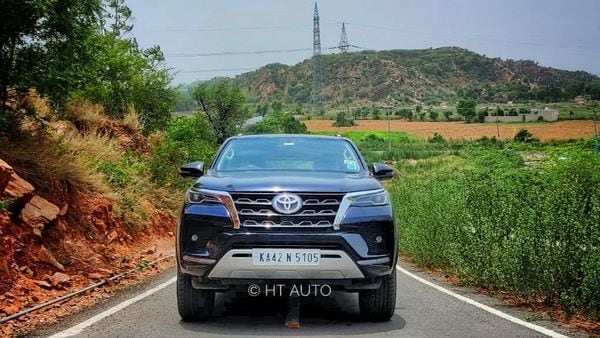 Toyota has sold over 1.70 lakh units of Fortuner since the SUV was first launched in India in 2009.

Toyota Fortuner has been a dominant player in its segment for years and years even if Ford Endeavour has had a big fan following of its own in India as well. But with Ford announcing its decision to stop local manufacturing in the country, it is the end of the road for models like Endeavour which could, perhaps, mean a clear path forward for the Fortuner. While there have been newer entrants in the segment, the competition has always been between Fortuner and Endeavour and the Ford exit may make matters easier still for the Toyota SUV.

Fans of Fortuner will underline that there was never really much competition for the Toyota vehicle ever. And the claim may well hold weight. Fortuner has been ahead - consistently at that - in the sales figures and numerous updates since the first launch here back in 2009. It may not have the most dominant dimensions in its segment but Fortuner has been well liked for its design and road presence, among other factors.

The segment may not be an easy one to compete in. Just ask Mahindra who drove in Alturas but had to beat a hasty retreat eventually. Then there is a spirited challenger in MG Gloster which is faring relatively well but still isn't in a position to bully Fortuner.

What has also worked, and continues to, in favour of Fortuner is the robust post-sales service network of Toyota which holds the SUV in good stead. And while some may argue about the lack of 4x4 option on the Fortuner, there is perhaps no arguing that it still is a hot favourite among most buyers in this segment of full-size three-row SUVs. In 2020, the company sold 9,200 units of the vehicle in India. Overall, more than 1.70 lakh units of the SUV have been sold since first launch.

As such, Ford Endeavour's demise could further help Toyota Fortuner bolster its already strong prospects and if and when a 4x4 option is brought in, could silence the small crop of critics.

The 2021 Fortuner starts at around ₹30 lakh and goes up to ₹38 lakh (ex showroom). Rumours suggest the Fortuner Legender 4x4 may be launched in about a month from now and the price could touch ₹40 lakh.