Skoda, part of the Volkswagen Group, shuttered its operations in March as the number of coronavirus cases in Europe began to accelerate but is now restarting as the central European country of 10.7 million loosens some restrictions.
By :
| Updated on: 27 Apr 2020, 07:18 PM 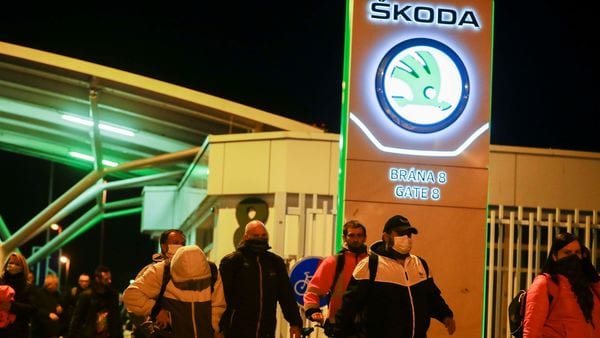 The car industry accounts for a tenth of the country's economic output, a quarter of exports and 150,000 jobs but looks set to run well below capacity in 2020.

Skoda, part of the Volkswagen Group, shuttered its operations in March as the number of coronavirus cases in Europe began to accelerate but is now restarting as the central European country of 10.7 million loosens some restrictions.

On Monday, Czech shops up to 2,500 sqm and places like fitness centres reopened under the government's phased plans.

Around 90% of Czech automotive firms have shut or limited output since March. Nearly all should resume in the coming weeks, the Automotive Industry Association (AutoSAP) said.

A 36% drop in production last month cost carmakers and suppliers 67 billion crowns ($2.68 billion) in revenue, AutoSAP said. Its director, Zdenek Petzl, said almost all April production would be lost before a return to 60% of capacity in May.

He estimated sector output would hover at 60-90% of capacity this year.

"The beginning of the restart will be pretty shaky," Petzl said. "The biggest fear is... what markets are going to do."

Around 4,000 jobs, mostly agency workers, have been lost so far while 42% of firms are considering layoffs, AutoSAP said.

Koyo Bearings Czech Republic, part of Japan's JTEKT Corporation, relaunched this month after a two-week outage. Production has run at 10-90% each week since, with 60% of normal capacity planned for this week, company president Petr Novak said.

With plans made on a week-to-week basis, the company leaves some of its 500 staff at home under a new state short-term work scheme, similar to the Kurzarbeit system in Germany, and is keen to avoid layoffs.

"The expectation is that the restart and return to normal will be very gradual and we will not realise full (production) volumes until maybe 2021," Novak said.

A bellwether for an economy set to sink 5.6% according to finance ministry forecasts, Skoda operates the largest of the central European country's three car plants, which produced 1.43 million vehicles in 2019.