Copied or inspired? Chinese car looks like it's a twin of Volkswagen Beetle 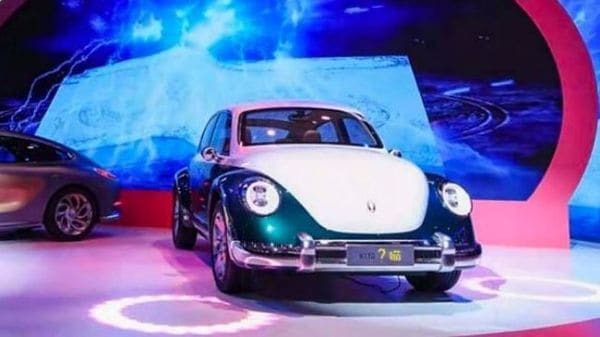 Chinese car companies have often been accused of copying design features - in bits or by loads - by global automotive giants. Some hot-selling products worldwide have often seen clones being offered within the Chinese market and this has often led to intense litigation. The latest could be the Ora Punk Car electric vehicle which, from almost every angle, could be mistaken for a Volkswagen Beetle in the first few glances.

Ora is a brand owned by China's Great Wall Motors and it recently showcased its Punk Cat EV at the ongoing Shanghai Motor Show. The car may have a four-door set-up but the outer body is almost completely identical to the design of the iconic Beetle.

Quite understandably, the folks over at Volkswagen aren't soft purring over the Punk Cat. "We check this matter with regard to any violations of utility model or design rights of Volkswagen AG and reserve the right to take any necessary legal steps," a company official reportedly told Carscoops.

Whether Volkswagen takes action and whether the action is likely to bear any result is unclear. Past tussles of a similar nature have hardly been a deterrent for local Chinese automakers accused of aping designs. Just last year, Foton Big General was accused of being a copy of Ford's F-150 and this was called out on social media platforms. Before this, the Wey P01 was seen as a rip-off of Ford's latest Bronco SUV.

While specifications of all of these cars may be different from others, design similarities are also often seen as infringement of intellectual rights.

As far as the Ora Punk Cat is concerned, its specifications haven't been revealed yet but reports suggest that Great Wall Motors plans to bring it to the Chinese market sooner rather than later.