Own a CNG car? Check new rates in your cities after fresh hike

The latest CNG price hike comes after two consecutive surges in petrol and diesel prices this week.
By : HT Auto Desk
| Updated on: 24 Mar 2022, 10:16 AM 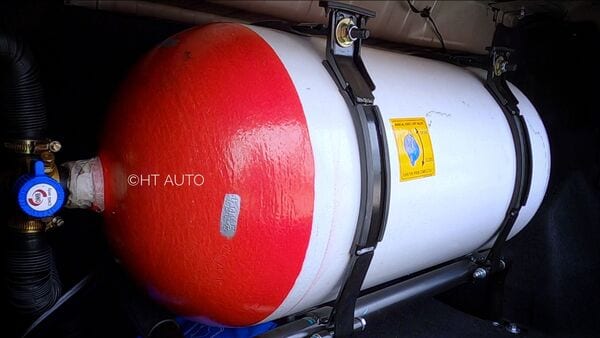 CNG is considered as a greener and cheaper fuel solution compared to petrol and diesel.

After petrol and diesel, the greener and cleaner alternative fuel CNG too has become pricier. The Indraprastha Gas Limited (IGL) on Thursday has increased the CNG price in Delhi by ₹1 per kg. With this, the price of one kg CNG has reached ₹59.01 in the national capital, effective from 24th March.

Not only Delhi but CNG price has been increased in several other cities as well. CNG price in Noida, Greater Noida and Ghaziabad has been increased to ₹61.58 per kg and effective from today. In Gurugram, price of CNG is ₹67.37 per kg. In Muzaffarnagar, Shamli and Meerut, CNG costs ₹66.26 per kg on Thursday. In Rewari, it costs ₹69.48 per kg, while in Karnal and Kaithal CNG costs ₹67.68 per kg.

The price of the fuel has been increased to ₹70.82 per kg in Kanpur, Hamirpur and Fatehpur. In Ajmer, Pali and Rajasmand it costs ₹60.31 per kg.

The fresh hike in CNG prices comes right after the two consecutive hikes in petrol and diesel prices. Both the fossil fuel prices were hiked by 80 paise per litre for the second consecutive day across the country on Wednesday.

Due to the high price of petrol and diesel, CNG has been witnessing an increasing level of adoption across the country. While vehicle owners are focusing on getting the aftermarket CNG kits fitted to their vehicles, automakers too are launching passenger vehicles with factory-fitted CNG kits. In such a scenario, a CNG price hike by ₹1 per kg would impact the adoption rate.