The automotive chip crisis began in December 2020 as consumer demand for personal devices soared during the first wave of pandemic.
By :
| Updated on: 06 Jul 2021, 08:57 PM 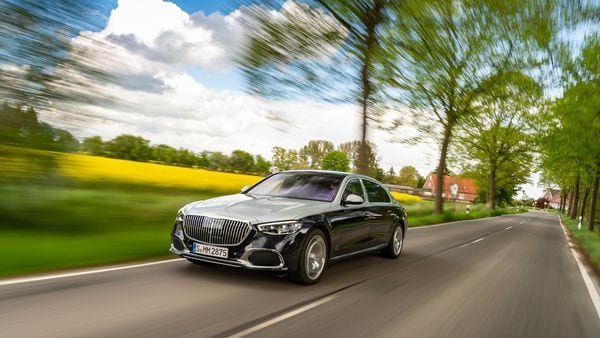 Mercedes-Benz, the world’s biggest luxury car brand, said Tuesday deliveries during the second quarter were “significantly” curtailed by a lack of chips.

Daimler AG and Jaguar Land Rover became the latest carmakers to warn of crimped sales as a result of the global semiconductor shortage, with the latter flagging deliveries in the second quarter will be 50% worse than initially thought.

Shares in the British luxury carmaker’s Indian parent Tata Motors Ltd. slumped as much as 10% in Mumbai, the biggest intraday drop in almost three months, while stock in Daimler, owner of Mercedes-Benz, fell 1.8% in Frankfurt.

A shortage of automotive chips that began in December as consumer demand for personal devices soared amid pandemic lockdowns has persisted through 2021, raising concerns of the issue spilling over into the next year. The dearth is threatening to slash $110 billion in sales from the car industry, consulting firm AlixPartners forecast in May, and has forced auto manufacturers to overhaul the way they get the electronic components that have become critical to contemporary vehicle design.

“The chip shortage is presently very dynamic and difficult to forecast," JLR said. “We expect some level of shortages will continue through to the end of the year and beyond."

Mercedes-Benz, the world’s biggest luxury-car brand, said Tuesday deliveries during the second quarter were “significantly" curtailed by a lack of chips, capping a 27% jump in demand. The shortages were particularly acute last month and the carmaker expects the supply chain crunch to persist during the coming two quarters, Mercedes added.

The pair join China’s biggest automaker in cutting vehicle output as a result of the crisis. SAIC Motor Corp. trimmed its wholesale target by about 500,000 cars in the first half, Bloomberg News reported Monday. Other automakers including Nissan Motor Co., Hyundai Motor Co. and Volkswagen AG have warned that shrinking inventory due to the semiconductor dearth will keep squeezing sales this summer.

In the US, auto sales have taken a sharp turn for the worse. From a near-record annual pace of 18.6 million vehicles in April, sales slowed to 17.1 million in May and 15.7 million in June, Deutsche Bank AG analyst Emmanuel Rosner estimated.

The chip shortage may create some silver linings for carmakers, too. JLR said it will prioritize production of “higher-margin vehicles" as the crunch persists, while Ford Motor Co. has seen a paucity of new vehicles drive up prices of used cars, and padding profits at its lending arm.