The sedan - possibly the first of several - will be the latest addition to Nio’s current portfolio that includes multiple electric SUVs and a coupe.
By :
| Updated on: 09 Jan 2021, 08:33 AM 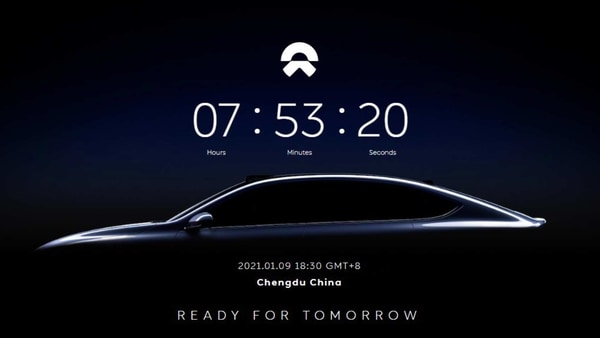 Nio Day electric sedan will be the latest addition to Nio’s current portfolio that includes multiple electric SUVs and a coupe.

The rally that has lifted the value of Chinese electric carmaker Nio Inc. to nearly the combined worth of auto behemoths General Motors Co. and Ford Motor Co. may get another boost as the company prepares to introduce its first-ever sedan on Saturday.

Nio shares soared more than 12-fold last year, and the stock added another 21% in the first week of 2021, amid a growing view that electric vehicles are the future of the auto industry and as Tesla Inc.’s valuation climbed to new heights.

As investors were gripped by a mania for all things related to EVs in 2020, smaller and newer companies like Nio have become the latest stock-market darlings as people search for the next Tesla.

Nio is expected to introduce its first sedan at its annual “Nio Day" event in Chengdu, China. The sedan - possibly the first of several - will be the latest addition to Nio’s current portfolio that includes multiple electric SUVs and a coupe.

The company reached the milestone of producing and delivering more than 5,000 vehicles in a month in October. Nio has 12 buys, 5 holds and 2 sells among analysts and an average price target at $49. Its American Depositary Receipts closed up 8.6% at a record high of $58.92 on Friday.

Its new sedan may compete with Tesla’s Model 3 in China, which is Tesla’s most affordable car. Model 3 prices start from 249,900 yuan ($38,597) in China, and its base model can travel 263 miles on a single charge. Nio’s Chinese rival XPeng Inc. also teased a new sedan on Thursday with a picture on Twitter.

It “fits a theme we’ve been talking about for a while," Roth Capital Partners analyst Craig Irwin said. “Tesla does not operate in a vacuum, while valuation seems to assume limited if any real competition."

While Nio has often been called the biggest Tesla rival in China, analysts do not expect it or other smaller players in the industry to truly challenge its leadership in the space. Tesla’s market value itself -- at a whopping $834 billion -- doesn’t seem to reflect the possibility of viable competition.

“I wouldn’t expect too much impact on Tesla/EV but more so on the gasoline vehicles losing share to this new Nio sedan," Deutsche Bank analyst Edison Yu said in an interview, discussing Nio’s event.

Yu believes Nio’s new car will be positioned as a premium flagship sedan, and thus comparable to BMW AG’s 5 Series and 7 Series, and Audi AG’s A7. He expects it to sport high-end features, such as dual-motor all-wheel-drive, range of over 400 miles, a sporty front grille, and a suite of next-generation autonomous driving-related sensors.

The sedan is also expected to be pricier than Tesla’s Model 3, which is more of a BMW 3 Series competitor, Yu said. “I would guess over 350,000 yuan depending on the size of battery," he added.