The thigh-high combat robot vehicle is reportedly capable of operating in a wide-variety of terrains and can fire with reasonable accuracy.
By : Shubhodeep Chakravarty
| Updated on: 28 Apr 2020, 10:44 AM 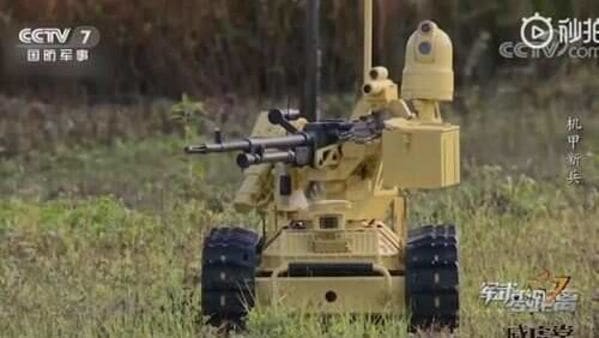 Coronavirus or no coronavirus, Chinese military has kept up its pace with the process of modernising and has amply used technology to develop new-age fighting machines in recent month. The latest is a robot assault vehicle which claims to negate the need for soldiers to put their lives on the lines in hostile operations.

State-run Global Times recently reported that the Chinese People's Liberation Army (PLA) is currently testing the thigh-high robot vehicle which comes equipped with a machine gun and a crane-like mechanism for missile loading. The vehicle is reportedly capable of negotiating a wide variety of terrain and can be controlled through remote or be pre-programmed. The PLA Eastern Theater Command apparently said that the vehicle can provide 'ferocious firepower'.

China Central Television even featured the robot vehicle which features night-vision devices and can fire with reasonable levels of accuracy. It will also get crane-like lifts which can enable small missiles to be loaded on to the vehicle.

The vehicle is being touted as a futuristic replacement for soldiers which could potentially save lives as well as execute missions with better success rate. The reported ability to deal with a variety of terrains, including stairs and mud, coupled with observation and detection devices on board further make a case for it.

While the advantages of using combat robots may appear quite obvious, there are many who question the ethical aspect of making machines fight wars. Many in the past have argued that advancements in war robotics can lead to a crisis future in which even innocent lives can be lost without reason. Nonetheless, the other side of the fence harps on the argument that robot machines in combat will only save lives of soldiers in the line of duty.