BMW looks to have taken inspiration from Star Wars for designing the extreme yoke steering wheel of future cars.
By : HT Auto Desk
| Updated on: 23 Jan 2022, 10:26 AM 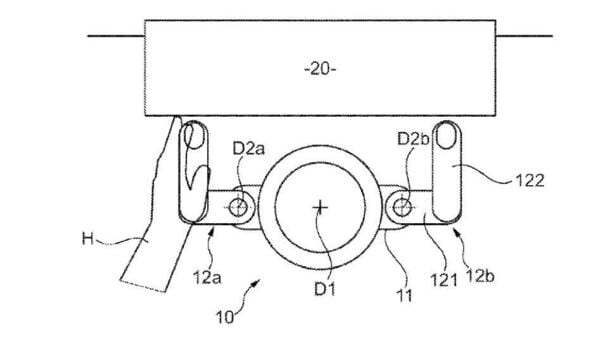 The new BMW steering handle is claim to reduce the risk of over-rotation. (Image: USPTO)

BMW has come up with a new design steering for its future cars that will replace the conventional steering wheels. The new steering looks like the extreme version of the yoke that we have recently witnessed in the new generation Tesla Model S.

The extreme version of the yoke designed by the German luxury car marquee looks like it has taken inspiration from Star Wars and also from the Formula One race cars.

This unusual new design is described as a steering handle instead of a steering wheel. It features a pair of angled gripping elements or smaller handles that are positioned on a yoke of sorts. However, the basic principle of the conventional wheel remains the same - lift the left hand to turn right and do the opposite to turn left.

The smaller grips rotate to remain vertically positioned at all times, with the main horizontal spoke rotating about a centre axis, meaning that this is similar in principle to the action of a normal steering wheel.

However, there is no benefit for regular driving from this new design. The patent filing made with the United States Patent and Trademark Office mentions that further installation space can be gained by way of a steering handle instead of a steering wheel. The drivers will require some time to get used to this steering handle, but it would discourage over-rotation.

It's not long when the automotive world went gaga about the new generation Tesla Model S' yoke that replaced the conventional round-shaped steering wheel. It looked to have been inspired by the face of a Koala. While many admired the new design, many drivers reported having problems while driving and controlling the car.