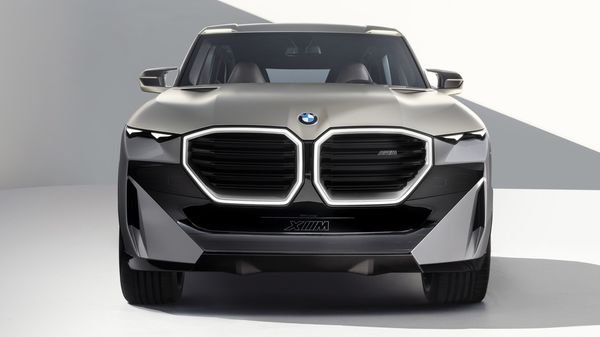 BMW is working on a fresh range of M performance lineup. Dubbed as BMW XM, these new models will be based on the Concept XM, which Bavarian auto giant has already showcased. What's more interesting is these BMW XM models will come bearing unusual nomenclatures. They would come with colour coded badges, claims a report by BMW Blog.

The XM will be arriving as the new M flagship model and the first standalone M model since BMW M1. This is why the German luxury car brand has taken the strategy to name them in a unique manner, claims the report.

Speaking about the design of upcoming BMW XM models, they will come with a completely different appearance as compared to the other models from the brand. The exterior and interior design of the Concept XM revealed a quirky styling that is likely to be continued in the production version as well.

BMW M division is expected to reveal the production-spec XM models sometime in late 2022 or in 2023. The report claims that these BMW XM models will come with a plug-in hybrid powertrain. There would be a V8 engine paired with the electric motor and this system would be able to generate 750 hp of power and 1,000 Nm of torque as combined. Also, these cars are likely to come with a 48 km pure electric range. Expect more details about the up[coming luxury performance SUVs to be disclosed in near future.