The updated BMW X3 and X4 adopt a larger kidney mesh grille as compared to the predecessors, and a revised rear profile.BMW has added mild hybrid technology with 48-volt‑starter generator for all six engines options now.
By : HT Auto Desk
| Updated on: 09 Jun 2021, 02:49 PM 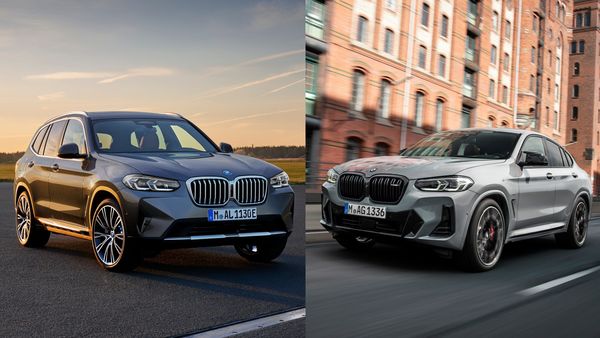 BMW has updated its X3 Sports Activity Vehicle and X4 Sports Activity Coupé for the second phase of their model cycle. The refreshed vehicles get a redesigned front end and a revised rear section, giving them a sportier appearance. The interior has been updated with new, modern equipment and an updated infotainment system. The M versions of the X3 and X4 have also been updated.

The second-generation BMW X3's revised kidney grille, around ten millimetres flatter headlights and the new front apron make it look like a completely new vehicle. The kidney grille is larger than before and comprises a single-piece frame. The front headlights feature full LED technology as standard. The revised rear section lends more emphasis to its off-road look.

The third-generation BMW X4 adopts the BMW X3's refreshed front fascia which is distinguished by the mesh kidney familiar from other sporty BMW models. Its rear section now has an even more clear-cut shape. The new rear apron has a tidier appearance, with an increased proportion of painted surface and reflectors now placed vertically and lower in the bumper. 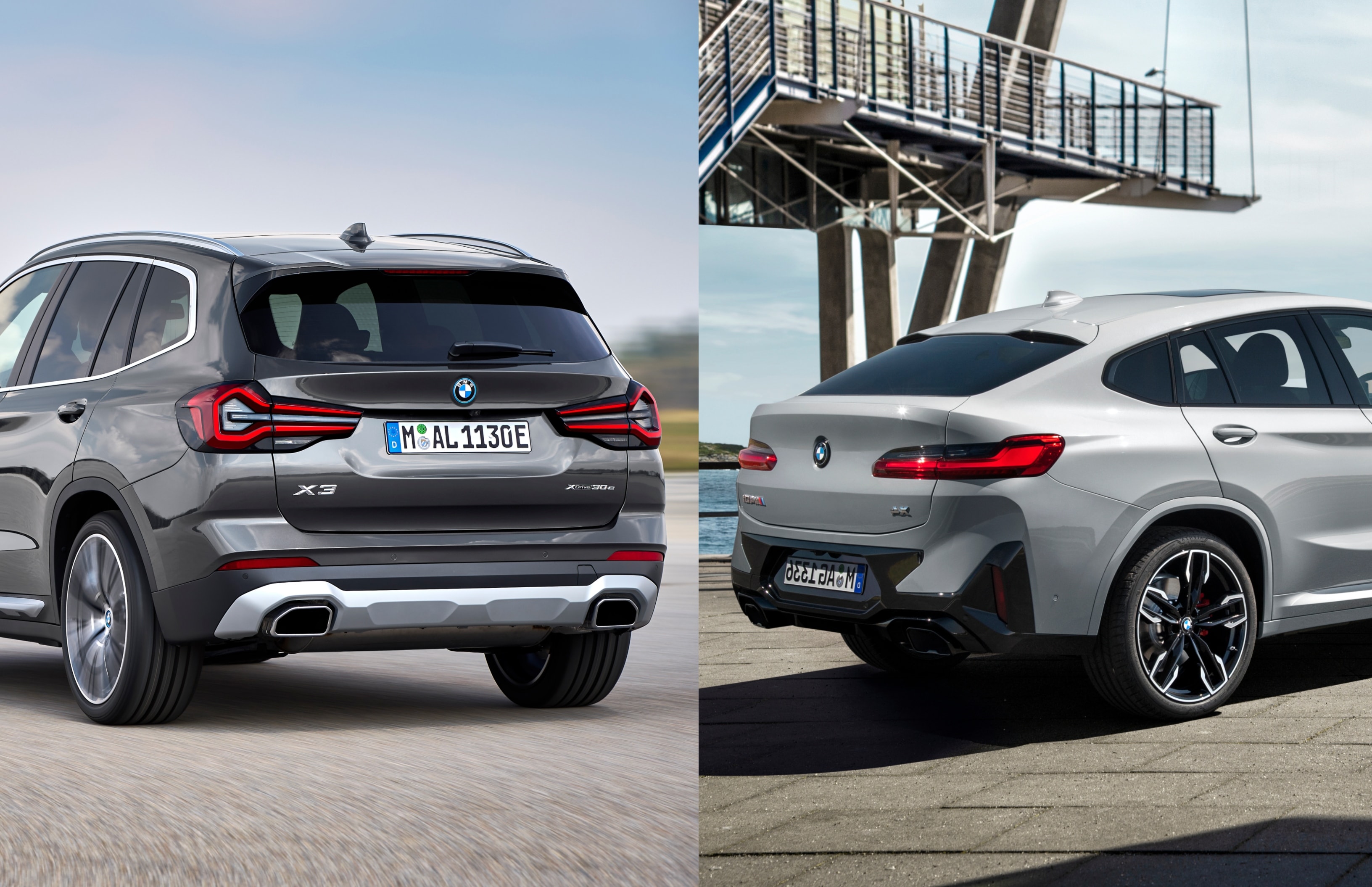 The M sports package on the BMW X4 features the BMW mesh kidney, the frame and inserts of which are painted in high‑gloss black on request, as well as a new rear apron with a wide.

The interior of both the vehicles get the centre console seen in the current BMW 4 Series. A 10.25-inche digital infotainment system is standard in all vehicles. A 12.3-inch version of the touch display is also available as an option. Other improved standard equipment include sports seats with covers from a new Sensatec generation with perforated main seat surfaces and automatic climate control with 3-zone control. To make the process of choosing a specification easier, BMW has reduced the equipment lines and optional extras by 30 per cent.

The lithium-ion high-voltage battery that enables a range of up to 50 kilometres on the plug-in hybrid BMW X3 xDrive30e model. It also bears an 'electrified by i' emblem on the front wing, while an additional blue ring adorns all BMW logos on this engine version.