Both the facelift models will have subtle changes in design, improved powertrain, including the new 545e plug-in hybrid option.
By : Sabyasachi Dasgupta
| Updated on: 26 May 2020, 07:11 PM 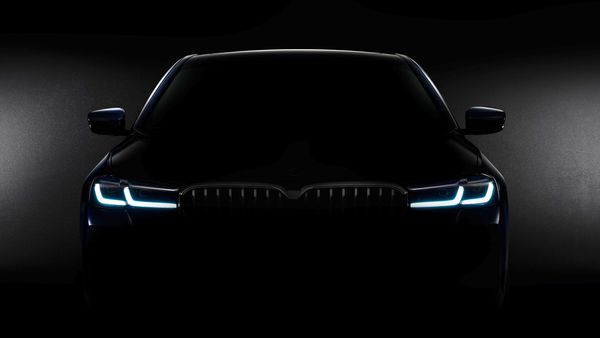 BMW is all set to launch two new models on Wednesday. Using the digital platform, which has become a new normal for the carmakers for global launches of new products, BMW will take the covers off the two facelift models - BMW 5 Series sedan and the BMW 6 Series Gran Turismo.

According to the image revealed, although the car is still carefully disguised, it is easy to pick changes in the headlights on the facelift version which looks slimmer and more polished. Besides the redesigned headlights, the taillights, front and rear bumpers will also have some changes in design. The grille with the traditional twin kidneys will be slightly larger but still looks neat compared to the giant grille on the new 4 series model.

BMW has discontinued the 6 Series Gran Turismo in the US for the 2020 model, so the facelifted version probably won't be sold in the US. BMW will introduce the 530e Plug-in Hybrid version on May 27 with the M Sport package.

(Also read: BMW is using Artificial Intelligence to paint its cars for a perfect result)

Other engine options expected from the current model include 2.0-litre four-cylinder petrol engine and 335-hp 3.0-litre petrol engine. A turbocharged V8 engine will power the updated M550i, generating 523 hp and 553 lb-ft of torque in the current model. All models will be equipped with an 8-speed automatic transmission.

Both the facelift models are also expected to get Audi's advanced driving assist system and infotainment cluster.