Black Friday deals likely helped lift U.S. auto sales at most automakers in November, as a bumper crop of old model-year vehicles spurred carmakers to offer record discounts. Here are highlights from the automakers that are reporting results for last month.
By : Bloomberg
| Updated on: 04 Dec 2019, 17:53 PM 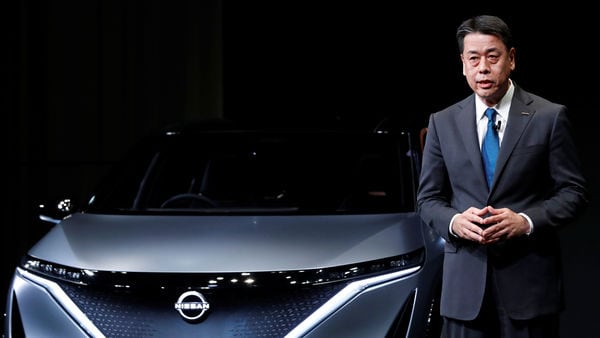 Total light-vehicle sales in the country probably ran at an adjusted annualized rate of 17.5 million in November, a touch better than 17.4 million a year ago, according to a projection by LMC Automotive and J.D. Power. The market researchers expect industry deliveries to drop to 16.8 million in 2020, from about 17.1 million this year.

It’s not just sales that rose in November, so did prices, which averaged $35,623, up 1.3% from a year ago, according to researcher TrueCar. BMW AG, Fiat Chrysler Automobiles NV and Hyundai Motor Co. all saw gains in average transaction prices, driven by popular new models.

To move older model year vehicles from dealer lots, automakers boosted incentive spending by an estimated 12% to $4,538 per vehicle in November, J.D. Power estimated last week, exceeding $4,500 for the first time. Those discounts, plus the later date for this year’s Thanksgiving holiday, was expected to spur some of the best Black Friday deals in years, according to car-shopping researcher Edmunds.

Detroit’s three major manufacturers have stopped reporting monthly numbers, so tallies for November won’t include official figures from General Motors Co., Ford Motor Co. or Fiat Chrysler. Other automakers generated about 56% of U.S. new-vehicle sales in the first half of the year.

Volkswagen has worked diligently to swap out small passenger cars, like its beloved Beetle, for the big trucks Americans want. The move paid off last month, with the German automaker posting a 9.1% gain, buoyed by sales of its mid-size Tiguan SUV and three-row Atlas.

Light-trucks made up 55% of VW’s November sales, but its sedans are selling well and bucking the industry trend. The Jetta sedan was its best seller in November, with 8,966 deliveries. While sales were down 2.6% in the month, they are up 15% year-to-date.

Nissan posted a third straight monthly decline in November, with sales falling below 100,000 vehicles for the first time since July. Deliveries of its top seller, the Rogue SUV, sank 25.5% and demand for the Murano crossover and Frontier pickup also declined by double digits. Only three models notched gains in the month, led by a 37% surge in sales of the Altima sedan.

The automaker has suffered from turmoil in its senior management ranks in Japan and a refocusing of its U.S. business away from reliance on steep discounts and fleet sales.

“It’s going to take a bit of time for us, and we’re not taking any shortcuts to get there," David Kershaw, division vice president for the Nissan brand at the company’s U.S. sales unit, said in a phone interview.

The automaker’s top-seller, the CR-V crossover, had a record month, and deliveries of the smaller HR-V more than doubled. Sales of the Ridgeline pickup climbed 31%.

Toyota Motor Corp.’s U.S. deliveries jumped 9.2% to 207,857 vehicles, led by a 26% increase for its biggest-volume model, the RAV4 compact SUV. The Tacoma mid-size truck and Camry and Corolla sedans also had strong showings.

The Japanese automaker said nearly a quarter of its 44,665 RAV4 sales were gasoline-electric models. Sales of all Toyota- and Lexus-brand hybrids surged 65% to 27,274 vehicles -- about 13% of total U.S. deliveries.

SUVs including the compact Tucson and mid-size Santa Fe and Palisade models led the way, but its hybrid and electric vehicles are also on the ascent, soaring 78% for the month.