Flex-fuel or flexible fuel comes as an alternative fuel that combines both petrol and methanol or ethanol.
By : HT Auto Desk
| Updated on: 13 Mar 2022, 12:39 PM 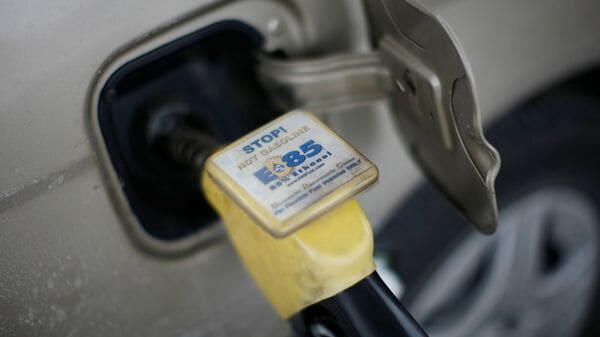 Auto manufacturing companies in India will start making flex-fuel engine powered vehicles within six months, claims union minister for road transport and highway Nitin Gadkari. He also said that the government is working on a plan to shift public transportation to 100 per cent clean energy sources.

Gadkari said that he already had a meeting with SIAM representatives and managing directors of all major auto companies. The minister said that the auto industry representatives have promised that they will start manufacturing flex-fuel engines for vehicles that can run on more than one fuel. He also mentioned that homegrown auto manufacturers such as TVS Motor and Bajaj Auto have already started producing flex-fuel engines for their two and three-wheelers. Nitin Gadkari said that soon most vehicles in India will run on 100 per cent ethanol.

Flex-fuel or flexible fuel comes as an alternative fuel that combines both petrol and methanol or ethanol. Ethanol is made from bio-ethanol from rice, corn and sugarcane juice. Ethanol is considered a greener and cleaner fuel as compared to petrol or diesel. Ethanol blended petrol is much cleaner and emits lesser pollutants into the environment compared to pure petrol.

India aims to increase its ethanol blending target over the next few years in order to reduce vehicular emissions. Currently, Brazil and the US are two major countries where ethanol blended petrol is used massively. India could be the next big player in this segment with its ambitious strategy. The Indian government in December 2021 issued an advisory for the automakers to introduce flexible-fuel engines in vehicles.

Besides ethanol, the Indian government is also focusing on using green hydrogen and other alternative fuels. Using these would help the country to reduce its fuel import bill significantly, believes Gadkari. India currently imports 80 per cent of its fossil fuel requirement from other countries, which results in the spending of huge fossil fuel imports. India's current crude oil import bill is ₹8 lakh crore and it could go up to ₹25 lakh crore in the next five years if crude oil price in the international market surges continuously.