Audi e-tron GT is likely to be the most expensive electric vehicle available to Indian customers at the time of its launch.
By : HT Auto Desk
| Updated on: 10 Sep 2021, 11:54 AM 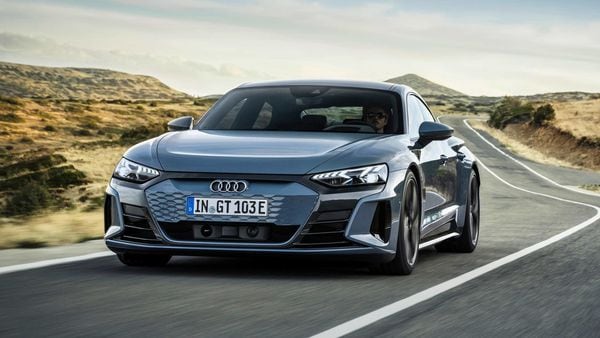 Audi e-tron GT will compete against its fellow siblings as well as direct rivals such as EQC from Mercedes and Jaguar i-Pace.

Audi India announced on Friday that it will launch its e-tron GT electric vehicle - third, after e-tron and e-tron Sportback here, on September 22. Looking at further expanding its battery-powered offerings in India, Audi is betting big on e-tron GT to strike a chord with performance-oriented drivers looking for electric power.

Bookings for Audi e-tron GT were opened earlier this week at ₹10 lakh. The electric performance car will be the third to go up against the likes of Mercedes EQC and Jaguar i-Pace in the Indian car market, and likely to sit well above its siblings and rivals in the price bracket. Globally, the e-tron GT is offered in two trims - standard Quattro model and RS e-tron GT. 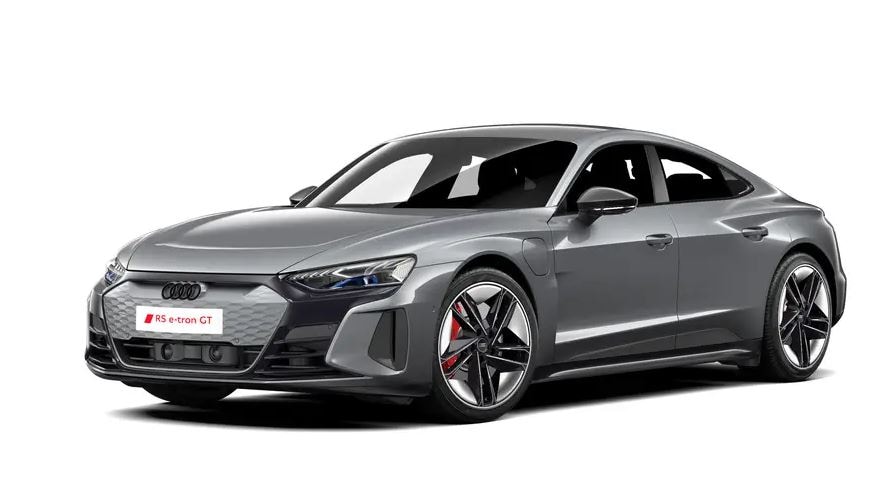 Audi is likely to also bring in the high-performance e-tron GT RS to India.

The international model of e-tron GT comes equipped with an an 85 kWh lithium-ion battery pack that delivers charge to an electric motor. The standard model churns out 469hp of power while the RS variant develops 590hp. The standard four-door coupe EV is claimed to have a driving range of 487km on a single charge while the RS trim is claimed to have 471 km of range. on full charge. These figures are as per the European WLTP cycle.

But when it comes to performance, the e-tron GT may well be hard to catch up to. The EV powers to 100 kmph in 4.1 seconds while the RS version, quite obviously, is even quicker - at 3.3 seconds. Co-developed by Audi and Porsche, the EV weighs in ar around 2,300 kilos.

The cabin of the car has a 10.1-inch main infotainment screen and a 12.3-inch driver display. Expected a number of new-age features to come with the top-of-the-line EV from Audi in India.

In the international markets, e-tron GT competes against the likes of Tesla Model S and Porsche Taycan EV, among others.