Mahindra Thar with 4x4 technology is considered one of the most capable true-blue SUVs available in India.
By : HT Auto Desk
| Updated on: 10 Jan 2022, 15:32 PM 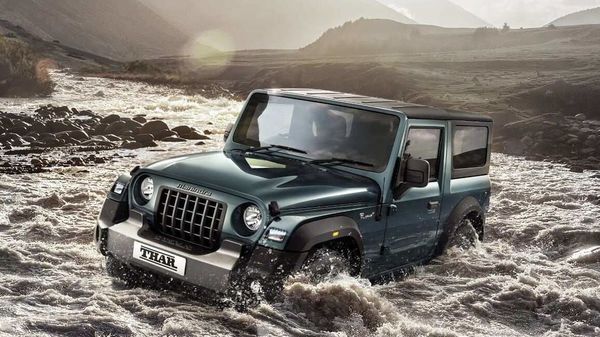 Mahindra Thar is known as one of the most capable true-blue offroaders.

Mahindra Group Chairman Anand Mahindra trusts only a Mahindra Thar SUV when it comes to taking a road like the famous Koli Hills road in Namakkal, Tamil Nadu. The road is infamous for being a steep one and 70 hairpin bends.

He retweeted a post and said that he wants to find out who built this road and then will only trust his Mahindra Thar to take him on it.

Erik you keep showing me how little I know about my own country! This is just phenomenal. I want to find out who built this road and then I will only trust my Thar to take me on it! https://t.co/eD1IFsgcn6

Mahindra Thar has been one of the bestselling products of the brand for a long time. The automaker updated this SUV in the recent past with a completely new design and modern features. The new Mahindra Thar comes carrying its signature Jeep inspired styling, but blends that perfectly with a modern design element.

The new Mahindra Thar SUV comes available in both hardtop and retractable soft-top variants. Available in six different exterior colour options, Mahindra Thar gets an updated cabin as well that is much more upmarket as compared to the previous model. The 4x4 SUV has received a four-star safety rating from Global NCAP, which makes it one of the safest affordable SUVs available on Indian roads.

The SUV is available in both petrol and diesel engine options. The petrol variant of the SUV gets power from a 2.1-litre mHawk 130 motor. This engine is good to churn out 130 bhp of power and 300 Nm of torque.

The diesel variant on the other hand gets power from a 2.0-litre Stallion 150 TGDi engine. This engine is capable of pumping out 150 bhp of power and 300 Nm of torque. Transmission options for this SUV include a six-speed manual gearbox and a six-speed torque converter automatic unit as well. The SUV is claimed to come equipped with ABS, ESP and multiple airbags along with a tough frame.