As a safety car, Nissan Z will perform various important duties such as pre-race inspections of the track for hurdles and leading competition cars when race accidents occur.
By : HT Auto Desk
| Updated on: 30 May 2022, 12:48 PM 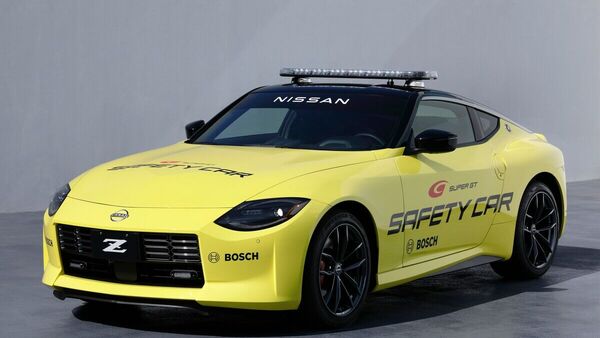 As a safety car, Nissan Z will perform vital duties such as pre-race inspections of the track for obstacles and leading competition cars when race accidents occur. “This year we began competing in the Super GT with the Nissan Z GT500. Now the Z — the embodiment of Nissan DNA — will support the series’ safety," said Takao Katagiri, head of Nissan's Motorsports Business Unit Office and president of NMC.

The Nissan Z sports car symbolizes the carmaker's passion for driving and has been loved by fans around the world for more than 50 years. The latest Z was unveiled in August 2021, and has been quite well received by new and old aficionados alike. Thanks to its iconic styling and exciting technology-drive performance, the vehicle already has garnered an immense fan following.

Through its racing efforts, Nissan innovates vehicles designs in order to win the tournaments. This is a part of its efforts to transform its business.