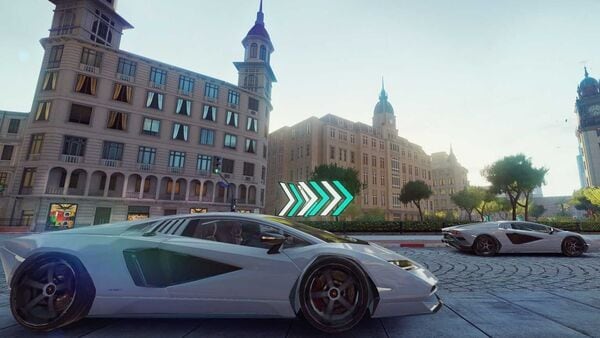 So what if you think you cannot afford the new Lamborghini Countach? You can drive it virtually in a video game called Asphalt 9: Legends. The hybrid supercar has made its debut in the video game in a single gaming mode, which is dedicated to the model, claims the Italian sportscar brand. Christian Mastro, Lamborghini’s marketing director, has said that the new Countach LP1 800-4 arrived in the game yesterday. He also said that the Asphalt 9 video game gives gamers a one-of-a-kind interactive experience that will give thousands of fans the opportunity to discover the hybrid supercar. The Countach will join other Lamborghinis like Terzo Millennio, Huracán EVO Spyder, and Essenza SCV12.

(Also Read: Stunt cars from James Bond movie to be auctioned. And prices expected are insane)

Gameloft, the game’s publisher, is launching a Countach-dedicated racing competition in the game, which will feature two elimination rounds, with the first one already commenced. Players will have the opportunity to set the best lap time in a new single-game mode, said Lamborghini. The qualifying season is open between August 1-7 and again from August 22-28. The fastest players will then compete in the grand final of the competition. There, they will compete in double elimination races on 14th September 2022. Lamborghini will stream these competitions on its social media channels.

Lamborghini introduced the revamped Countach as a homage to the iconic supercar. The new model continues with a design that resembles the original decade-old Countach. However, the new model comes blending several modern styling elements.

The new Lamborghini Countach comes with a 6.5-litre naturally aspirated V12 engine paired with an electric motor. Combined, the hybrid powertrain churns out 803 hp of peak power. The electrified powertrain of the supercar makes it capable of sprinting 0-100 kmph in 2.9 seconds and 0-200 kmpg in 8.6 seconds. Top speed of the car is rated at 355 kmph.