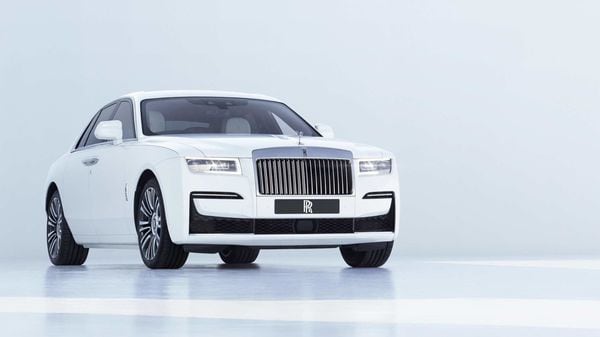 It wasn't until 2009 that the Goodwood brand heard a call from a group of customers who wanted a Rolls-Royce, but not in such an opulent format. That's why the smaller Ghost was created, based on the then BMW 7 Series.

11 years later, the company has come out with a new Ghost sedan, that the carmaker claims to be the most technologically advanced Rolls-Royce yet with a post opulent design philosophy.

The new Ghost's exterior design is highlighted by the square headlights that combine diodes and lasers to illuminate the road up to 600 meters ahead. The carmaker tried to reduce the car's opulence so the rear parts of the radiator grille slats are brushed so that they are not as shiny and do not reflect as much light. Overall, the lines are also simple and elegant, and the side glazing, for example, has the same area both at the front and at the back.

At first glance, the second Ghost looks more like an evolution of the discontinued first generation, but a completely new technology is hidden under the body. The new Rolls-Royce Ghost is built on rigid aluminium Rolls-Royce spaceframe architecture. The company promises that the sedan will be one of the quietest cars on the road. To achieve this, the Rolls-Royce team began by adapting the sedan's aluminium spaceframe architecture, which itself offers benefits owing to the metal’s higher acoustic impedance compared with steel and its construction from complex forms rather than flat, resonant surfaces.

Another important piece of engineering is the comfortable chassis of the new Ghost. Rolls-Royce further developed the Magic Carpet Ride suspension, which was named Planar at Ghost. The designation is the same as the English term for a geometric plane, ie a perfectly flat surface. 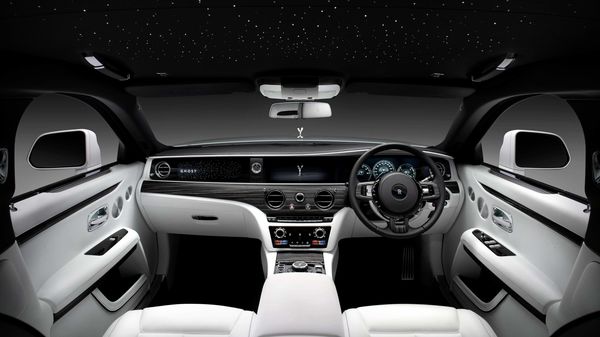 The interior of the new Rolls-Royce Ghost sedan.

The new chassis includes, for the first time in the world of cars, a damping unit for the upper wishbone, which is located above the front suspension. This solution is intended to ensure an even more stable and comfortable ride. There is also a camera system that monitors the road surface in front of the car and adjusts the chassis settings accordingly.

A double-skinned bulkhead section was selected to insulate the cabin from the already near-silent 6.75-litre V12 engine and cavities in the roof, boot and floor were created to fill with more than 100kg of sound-absorbing materials. Additionally, double-glazed windows with a clear composite centre sheet were used as well as tyres lined with lightweight acoustic insulation foam.

Under the long hood is therefore a 6.75-liter twelve-cylinder with double supercharging with an output of 420 kW with a torque of 850 Nm. Ghost is also equipped with all-wheel drive.