Suzuki has unveiled the 2022 Suzuki S-Cross, which comes with a completely overhauled design compared to the predecessor. The new Suzuki S-Cross looks much bolder than the outgoing model available in the Indian market.

The crossover is sold as a premium model in the Indian market through Maruti Suzuki's premium retail network Nexa. While the outgoing model has been criticised for not being so impressive in terms of design, Suzuki seems to have given special attention to that. The new Suzuki S-Cross looks much more stylish across the exterior.

Speaking about its design, The new Suzuki gets a completely revised design that is far from the outgoing model, but closer to what the other contemporary models carry. The front grille appears similar to what XL6 has. A glossy finish along with bold mesh adds visual appeal to the car. The headlamps come with multiple LED lamps and integrated LED daytime running lights. Revised headlamps also come connected with a thick chrome strip running horizontally atop the grille. 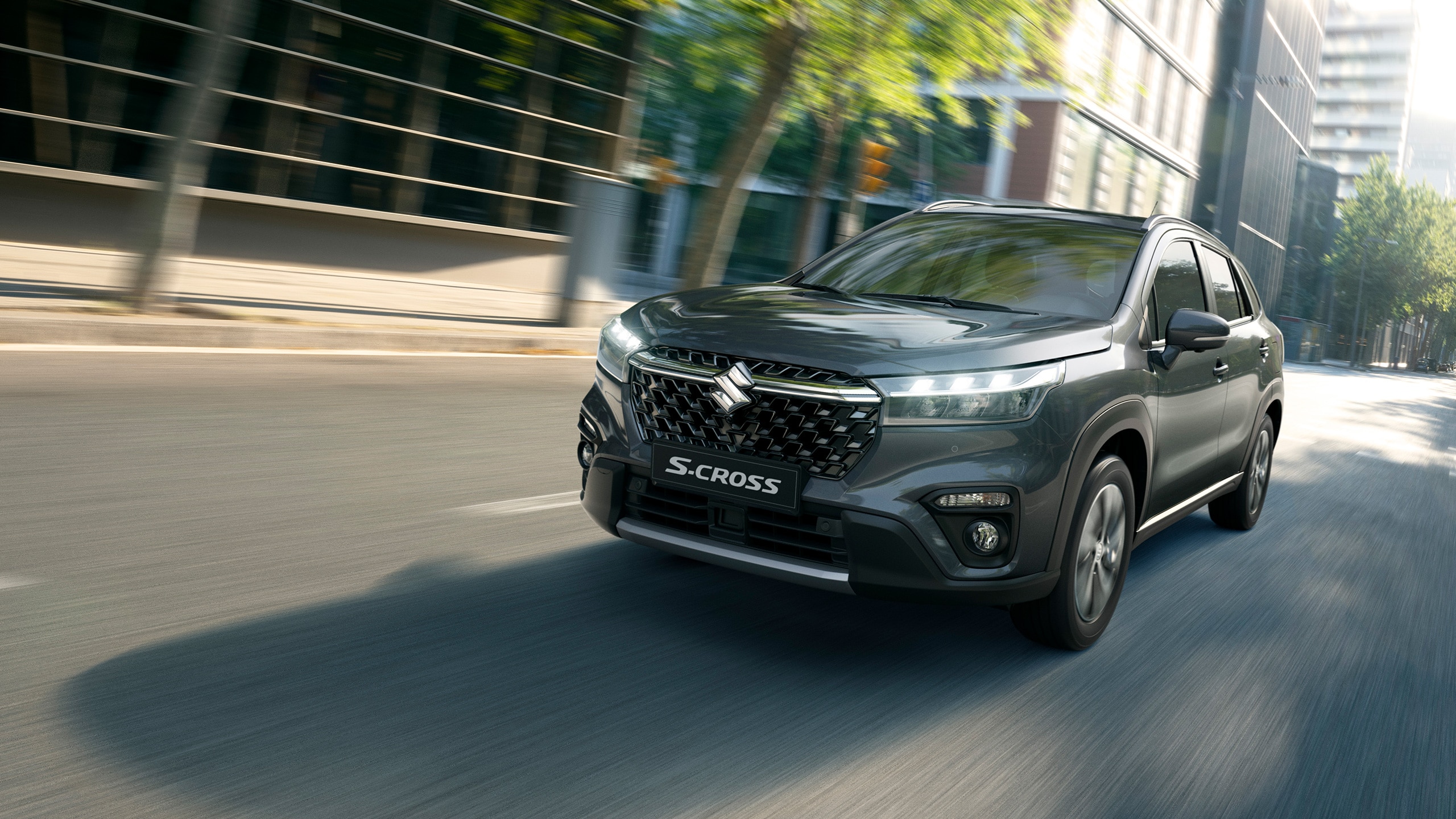 New Suzuki S-Cross looks much more stylish than its predecessor.

The bonnet too has received a revised touch and looks muscular. Large air intakes, neatly positioned fog lamps are there, while the skid plate adds toughness to the crossover. Moving to the side profile, the new Suzuki S-Cross gets sporty black alloy wheels, black cladding at lower profile, turn indicator integrated ORVMS. The curvy side profile comes slightly similar to the new Baleno.

The rear profile too has received a compete retouch. The taillights are fresh looking and get LED units. They are connected through a thick chrome bar running horizontally through the centre of the tailgate. A sculpted tailgate, sorry roof spoiler with integrated LED stop lamp, chunky bumper with skid plate are other design elements visible at rear fascia of the new Suzuki S-Cross. 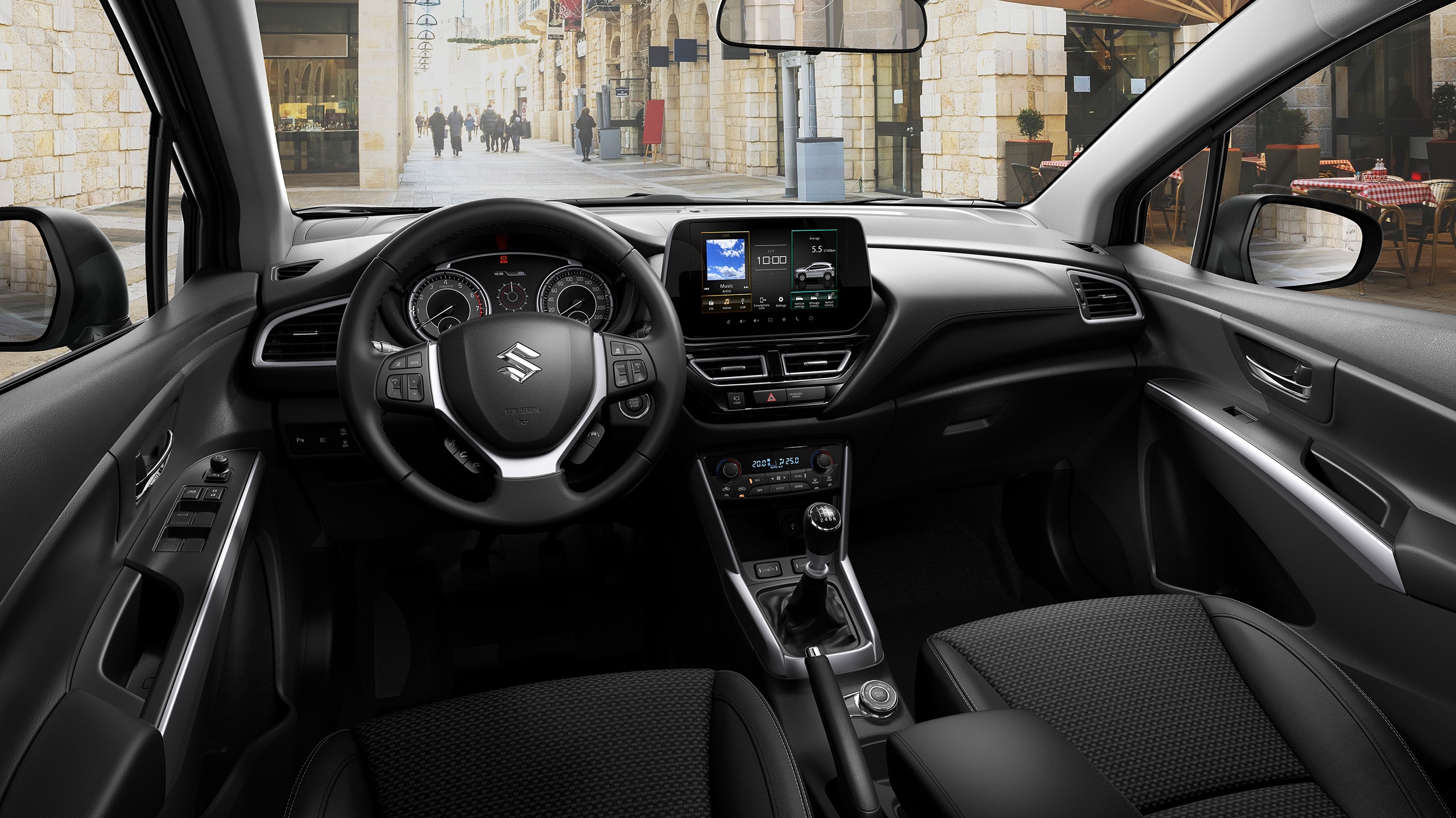 The interior has a three-dimensional shape. The centre console houses a large, multifunctional 9-inch HD display audio system that is compatible with Apple CarPlay and Android Auto. The European spec comes with a panoramic sunroof.

Inside the cabin as well, the new Suzuki S-Cross looks completely revised. The multifunction three-spoke steering wheel is the same as before, but the dashboard layout and a large nine-inch floating island touchscreen infotainment system is new. The infotainment system comes with Android Auto, Apple CarPlay connectivity. Its dashboard comes with a layered look, while seat and upholstery materials too have been improved.

The crossover comes with Suzuki's ALLGRIP SELECT four-wheel-drive system. It can be controlled through a dial positioned at the instrument panel.