Maruti Ertiga facelift launch: Live even comes to an end

Maruti has launched the third generation Ertiga facelift MPV at a price of ₹8.35 lakh (ex-showroom). Read our launch report for full details.

Ertiga vs XL6 - no cannibalization here

When XL6 was launched in 2019, many felt that it would eat into the market of Ertiga. While both cars are similar in a lot many ways, most obvious being in exterior shape and design, the predicted case of cannibalization hasn't been witnessed. The Ertiga remains a strong performer in terms of sales while the XL6 is its more premium twin with a six-seat layout and does rake up respectable numbers as well. Additionally, Ertiga is sold through the Arena chain while XL6 is under the Nexa umbrella.

How many Ertiga units sold so far?

Launched for the first time in 2012, Maruti Suzuki has sold over seven lakh units of Ertiga in the country in the past decade. There are several factors that have helped its case - from a spacious cabin and reliable drive traits to the generally missing competition in the segment and a relatively affordable price point. The launch of company-fitted CNG also helped Ertiga find more takers.

Maruti Ertiga and its rivals in three-row segment

Despite Toyota Innova Crysta's popularity, Maruti Ertiga and XL6 have been among the best-sellers in the segment. However, with the launch of new three-row cars like Hyundai Alcazar and Kia Carens, the rivalry has intensified in this segment. For Ertiga, which is priced between ₹9.29 lakh and ₹12.68 lakh, its rivalry was mainly with the likes of Mahindra Marazzo and Renault Triber MPVs. After Kia launched Carens at ₹8.99 lakh (ex-showroom) this year, Ertiga's competition has increased. Maruti will hope to deny Kia the chance to eat into Ertiga's share by adding more premium quotient to the MPV to attract customers.

Maruti Ertiga MPV is currently sold in Indian markets with only a 1.5-litre petrol engine which also comes with a CNG version as well. The price of Ertiga ranges between ₹9.29 lakh (ex-showroom) and ₹12.68 lakh (ex-showroom) at present. As Maruti will add a new engine, a new transmission and several new technology in the new Ertiga, the price of the MPV is likely to be slightly higher than the older models. Expect the new generation Ertiga to cost between ₹9.50 lakh and ₹13 lakh (ex-showroom).

Much before its India launch, Maruti Suzuki had showcased the Ertiga at the Auto Expo in 2010. It took another two years for Maruti to introduce the Ertiga to the Indian markets. Maruti had projected Ertiga as a Life Utility Vehicle back then. While the first generation Ertiga was based on Swift, there was major changes in the design when the carmaker launched the first major facelift in 2018. This is the same model that is currently available in Indian markets. Today, Maruti will introduce the third generation of the Ertiga which is expected to come with certain design tweaks and heavy updates on the technical side. 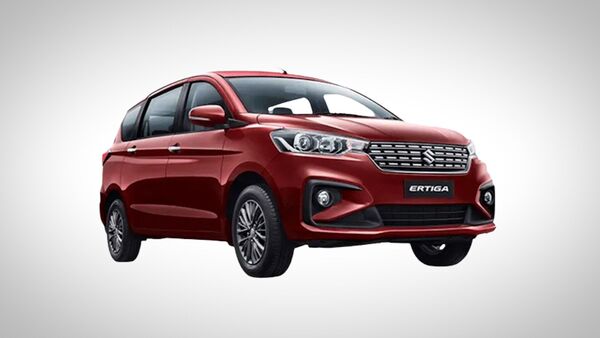