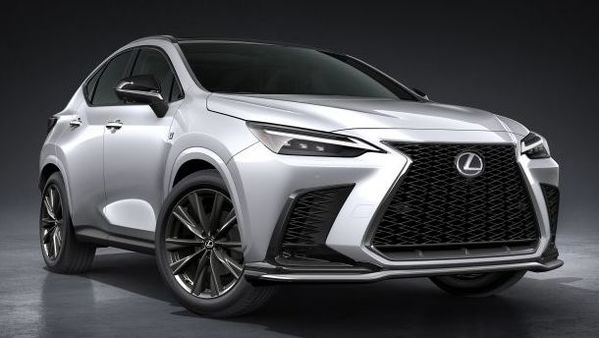 The earlier separate tick LED DRLs have been removed on the Lexus NX.

Lexus has announced the 2022 NX SUV. The new NX comes out as a fairly revised model with a range of new updates to the platform, powertrain, exterior design as well as features kit.

In terms of exterior changes, there are a couple of new tweaks that set the 2022 model apart. It gets a noticeable longer hood that now comes stretched to the edge of the front end. The signature spindle grille surface has been tweaked and is now raised vertically, lending the hood an even longer look. This, as per Lexus, enables more cooling and efficient air flow.

The earlier separate tick LED DRLs have been shelved and also chrome frame of the front main grille has been removed in order to simplify the front end design. The new front fascia now sports a merger of the LED daytime running lights and main headlamp cluster, which gives it a softer, more upmarket look.

The biggest changes, however, have been reserved for the back where the previously found L mark has been replaced with a spaced-out Lexus logotype. The move to the ‘L E X U S’ lettering was also previewed by the LF-Z Electrified concept earlier this year in March. For the record, the NX will be the first production car from Lexus to carry this look. The tweaked branding will reside alongside the updated LED light bar stretching at the tailgate width of the car. With a three-piece signature lighting, the NX will get an even more distinctive look in the dark. 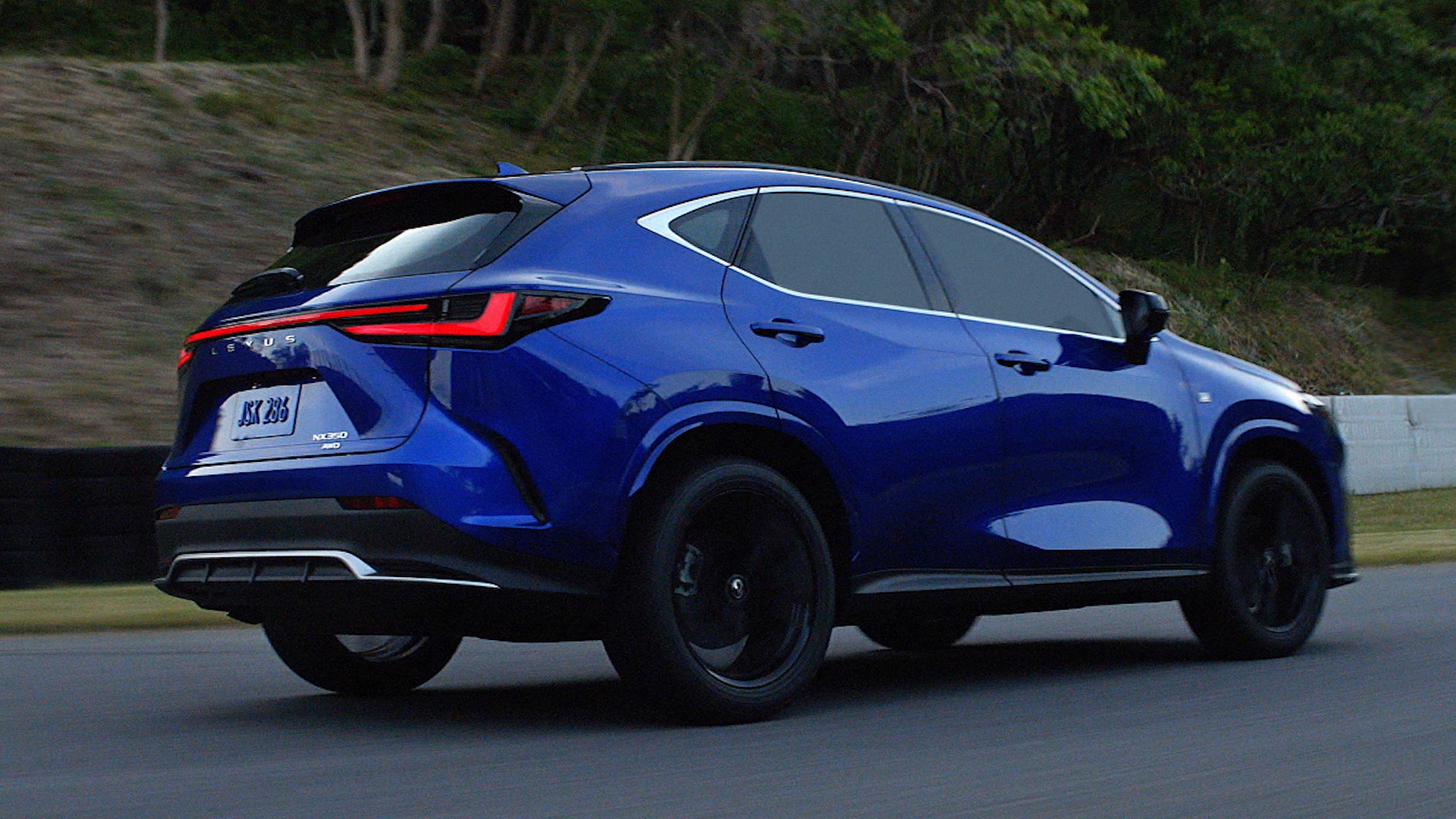 The previously found L mark has been replaced with a spaced-out Lexus logotype at the back of the 2022 NX.

The All-Wheel-Drive (AWD) option has been added on the trims equipped with PHEV and 2.4-liter turbo powertrains. On the other hand, both AWD and Front-Wheel-Drive (FWD) are available on variants with HEV and 2.5-liter naturally-aspirated engines.

In terms of proportions, the updated 2022 Lexus NX is an all-new model based on a fresh platform. Lexus has used the GA-K version of the Toyota New Global Architecture (TNGA) which is also seen on other cars such as the new Toyota Harrier, Toyota RAV4, and Lexus ES. The use of the new platform provides the car a bigger body and larger interior space. The new NX spans 4,660 mm in length, 1,865 mm in width, and has a 30 mm longer wheelbase which stands at 2,690 mm. Other than that, it is also 5 mm taller than the model it replaces.