Lexus Convertible put in deep freeze for 12 hours, still drives like a sizzle

The 12-hour icy exposure of the Lexus LC Convertible was immediately followed by a high-power drive around a demanding test track, where it proved its mettle.
By : HT Auto Desk
| Updated on: 31 May 2021, 10:06 AM While a Lexus LC Convertible is associated with blue skies and sunshine, the carmaker wanted to prove that it is also capable of the opposite. To test its durability and fitness for all seasons, the company placed the LC Convertible in a 12-hour industrial-scale deep freezer, exposing it to -18°C temperature.

The four-layer roof of the vehicle was put away and the interior bore the brunt of the extreme endurance test. "With the roof down, the interior components would be in an extremely stressed condition... (but) the hope was that the air conditioning system, the heated seats and steering wheel would all still operate as they should," said Greg Fleming, a senior Lexus engineer.

In fact, the vehicle was sprayed with water all over, right at the start of the endurance test so that a sheet of ice would form over its body. The 12-hour icy exposure was immediately followed by a high-power drive around a demanding test track, where it proved its mettle. It was taken through a challenging route full of curves, climbs and descents. 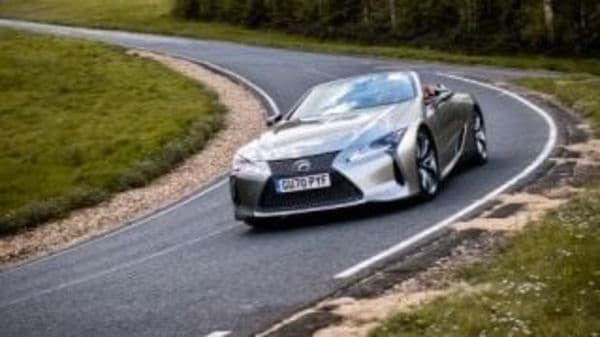 Professional stunt driver Paul Swift was behind the wheels for the post-freeze track test. As soon as he fired up the 457bhp V8 engine for the first time, the car’s displays and gauges sprung instantly to life, showing there has been no adverse impact from the extreme cold. Swift observed that the Climate Concierge feature of the vehicle responded immediately to heat the cabin. "I could feel the steering wheel and the base of my back warming up and the vents in the head rest behind my neck... I felt quite comfortable in the car right away," he said.

The venue of the LC Convertible's icy trial was the 468m3 Large Climatic Chamber at the Millbrook Proving Ground in the UK. The unit is regularly used to test the endurance of defence equipment as well as road vehicles at temperatures between +85 and -60°C. But for the Lexus vehicle, the mercury was set at -18°C, which is cold enough to freeze rubber.