This Lexus video shows ill-effects of texting while driving 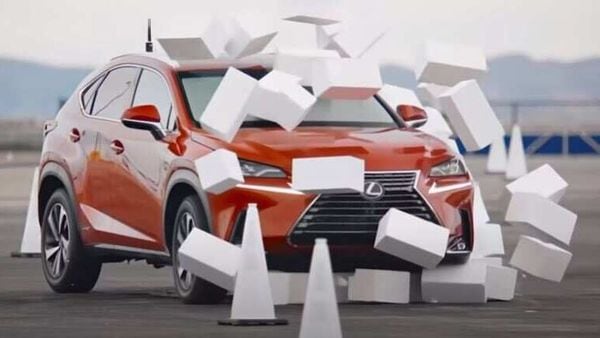 Most people often use their phones while driving, either to text or call but do not realize how dangerous it could be for their lives and those around them. Distraction while driving can lead to major accidents and even fatal ones.

To prove this point and to make people aware of the ill-effects of using phone will driving, Lexus blinded people behind wheels for 4.6 seconds. As per the US National Highway Traffic Safety Administration, a person takes an average of 4.6 seconds to check their phone when they receive a text message when behind the wheel. This is nearly five seconds of having the driver's attention off road.

This meant that for 4.6 seconds, the drivers were not able to see anything on the road ahead and this recreated what actually happens when driver's take their attention off road while looking at their phones.

Though Lexus did not tell participants that it would be blinding them for a few seconds, the fact remains that at 55 mph, 4.6 seconds is enough time to cover the length of a football field. The test drives' video was recently released by the automaker to draw people's attention towards the hazards of driving while being distracted. “Lexus wants to bring awareness to safety behind the wheel by changing perceptions about texting and driving," Vinay Shahani, vice president of Lexus marketing was quoted as saying by CarScoops. “Even the most advanced safety systems on the road today can’t replace the undivided attention of the driver."