LF-Z Electrified from Lexus that was recently showcased in its concept form.

Lexus on Tuesday announced it had achieved the significant milestone of two million in global cumulative sales of electric vehicles, helping reduce around 19 million tons of CO2 emissions. The sales figure was achieved towards the end of April this year.

Lexus first entered the world of electric mobility with its RX400h back in 2005 and in around 16 years since, has been expanding its lineup of electrified vehicles. Currently, the Japanese luxury car maker has nine EVs - both hybrid and battery-operated - and in 2020, 33% of all its vehicles sold were electrified variants. 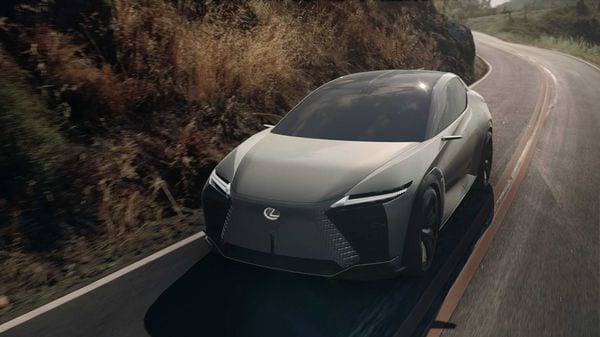 Lexus LF-Z Electrified showcases what the brand is capable of when it comes to battery electric vehicles.

Plans to consolidate and further expand the range are also afoot. Lexus has already confirmed it intends to introduce 20 new or improved models, including more than 10 BEVs, PHEVs, and HEVs, by 2025. 2025 is also the target for the brand to offer electrified vehicle options across the entire Lexus product range. To watch out for especially would be a fully battery-operated model from the car maker that is scheduled for a launch in 2022.

While expanding the lineup is crucial, Lexus is also determined to ensure that the drive experience remains top notch. As such, future Lexus electrified models will feature DIRECT4 - the company's four-wheel-drive torque distribution technology, and steer-by-wire systems.

By 2050, Lexus also seeks to achieve carbon neutrality throughout the entire vehicle lifecycle such as materials, parts, and vehicle manufacturing along with logistics, driving, and disposal/recycling.

While affordability may be the key factor in making electric vehicles more popular across the globe, Lexus remains a brand that is known for the luxury on offer. As such, it may not notch up high sales volumes like some of its mass-market rivals. But the fact that the company is widening its scope of play is a good sign of things to come in the world of electric mobility.