2022 Audi Q7 is being prepped for SUV battle in India, launch early next year 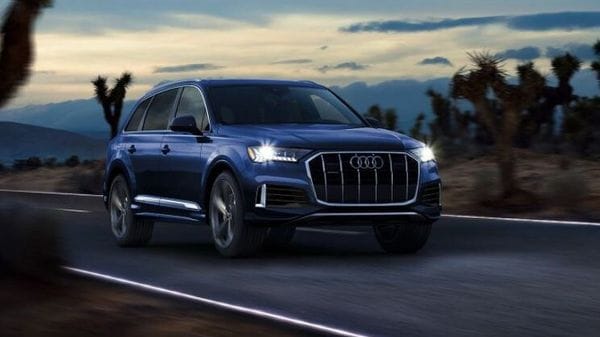 The new Audi Q7 will be the next product offering from Audi India and it is being readied for a launch early into 2022, possibly in the first month itself. After driving out a number of electric models here and ending the current calendar year with the updated Q5, Audi Q7 in its new form is likely to further bolster the prospects of Q models offered by the Germans in India.

The new Q7 from Audi has a similar exterior styling to that of the outgoing model but expect newer features in the cabin, some being made standard across variants.

SUVs currently account for around 45% of total sales of Audi in India. The Q7 is a premium model within the luxury offering from the brand and the 2022 model is likely to further galvanize sales. While it isn't the flagship SUV from the company any longer - that crown was taken over by the Q8, the Q7 still enjoys a decent fan following.

Already launched in select global markets, the new Q7 gets more features as standard in markets where available. Rear side airbags, heated ORVMs, updated tyre-pressure monitoring system and adaptive cruise control are just some of these. Other features in the SUV are cabin lighting, 12-way power-adjustable front seats, all-weather floor mats, among others.

Interior features that have been added in the new model include rear side airbags as standard. Also, it gets heated, power-folding wing mirrors with memory function, direct tyre-pressure monitor, ambient lighting as standards. In the global market, it is available in both five and seven-seater layouts. 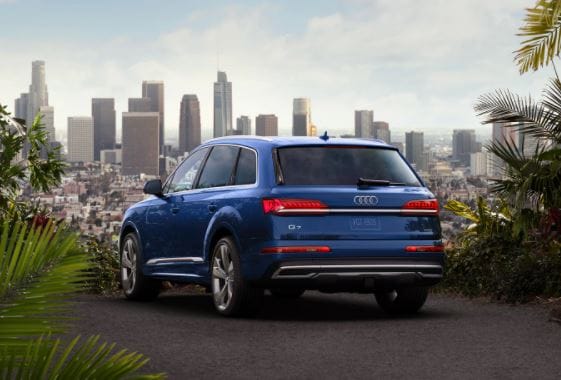 In terms of exterior design changes, there isn't much that is new. The three-row SUV continues to have an imposing front grille, stands on 20-inch alloy wheels, gets sleek MATRIX LED headlight units, large air intakes, chrome garnish on the window and a chrome line on the door, large and circular wheel arches.

The 2022 Audi Q7 also gets MATRIX LED taillights that are connected with a sleek chrome strip running through the width of the luxury SUV. The rear bumper gets chrome-tipped exhausts and a skid plate.

In the global market, the new Audi Q7 comes available in six different variants. The new model is expected to come in India with both petrol and diesel engine options. Transmission duty in this SUV is done by an eight-speed tiptronic automatic gearbox. Also, the SUV gets Quattro all-wheel-drive technology.

The 2022 Audi Q7 will compete with rivals such as BMW X7, Mercedes-Benz GLS Class and Volvo XC90.