The new Volkswagen T-Roc SUV will be a CBU model, like its predecessor.It is expected to be a limitedly available car, as before.An official announcement on the T-Roc launch is expected to take place soon.
By : Prashant Singh
| Updated on: 06 Mar 2021, 02:23 PM 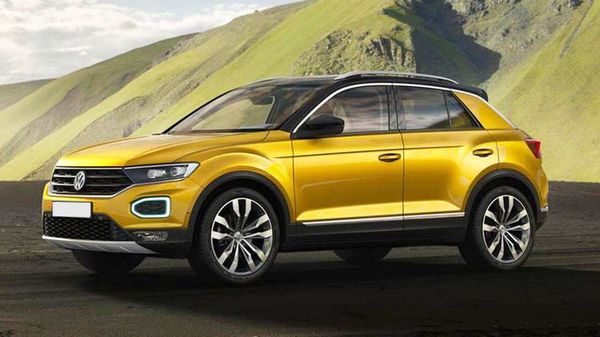 The new Volkswagen T-Roc SUV will be a CBU model, like its predecessor.

Volkswagen India is all set to officially launch the 2021 T-Roc SUV in the country. The car has now been listed on the company's website and starts from an introductory price tag of ₹21.35 lakh (ex-showroom). The pricing was taken down from the website after a short period as the page now displays 'Coming Soon'. Expect the car to go on sale in India very soon.

For the record, the SUV was introduced in India last year in March and was priced at ₹19.99 lakh (ex-showroom). It was rolled out in just a single top-spec variant along with five exterior colour shades. It was introduced as a CBU model and limited only to 1,000 units. A few months down the line, the SUV was completely sold off as the company announced the closure of bookings in September 2020.

The latest VW T-Roc is likely to arrive via the same CBU course and will thus again be a limitedly available product. It will be a fairly kitted-up SUV in terms of features and will come equipped with all the bells and whistles such as LED headlamps, automatic climate control, leather upholstery, reverse parking camera, touchscreen infotainment system, 17-inch alloy wheels, keyless entry, a panoramic sunroof, six airbags, Tyre Pressure Monitoring System (TPMS) and more.

At the heart of the T-Roc will sit a 1.5-litre TSI petrol engine pumping out 148 bhp of maximum power and 250 Nm of peak torque. The transmission will include a seven-speed DSG transmission.

Some of the key rivals to the VW's upcoming SUV will include Jeep Compass, MG Hector, and the Hyundai Tucson.