Toyota has developed a “heavy facelift" of the current Hilux pick-up truck which was introduced back in 2015. New spy images of the MY2021 model have leaked online.

The latest shots show that the pick-up will be launched in multiple iterations and will feature Toyota's new design theme as seen on some of its new global SUVs.

Its front fascia will use a more prominent trapezoidal grille with tweaked outer edges. The updated grille will be flanked by newly designed headlamps featuring either halogen or LED projector lighting elements depending up on the variant.

The facelift will also boast a completely new front bumper featuring a prominent front skid plate and 'L'-shaped faux vents on either sides. All these changes make the new Hilux an even more aggressive and dynamic looking SUV.

Over the sides, things remain more or less the same, save for the tweaked alloy wheels design. At the rear, there is a completely revised tail-light with ‘E’-shaped LED elements. Apart from that, its tailgate and rear bumper has been carried over as is. 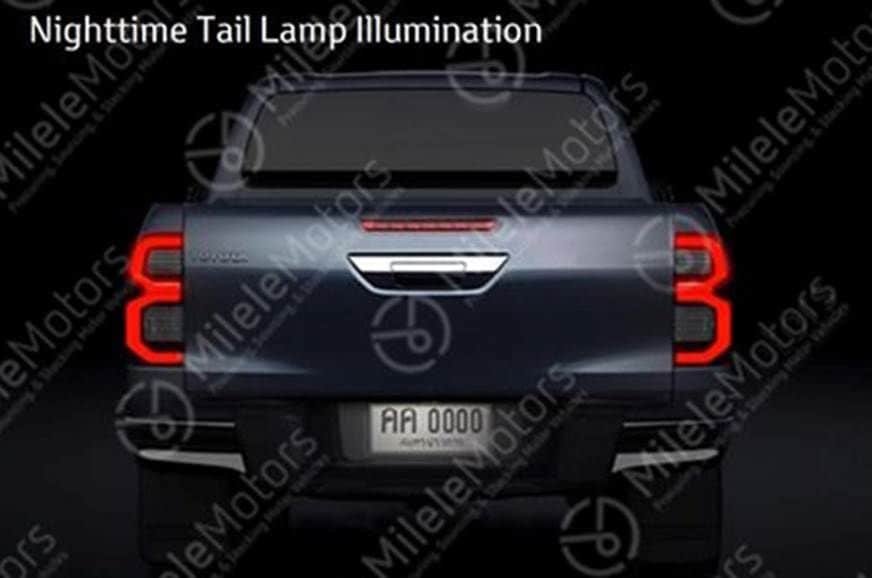 Inside, expect the 2020 Hilux to sport some significant changes in the form of new interior colour scheme and updated seating and upholstery. Also the company will most likely introduce new technology updates from its other global models to keep the package relevant.

The prefacelift Hilux used a variety of petrol and diesel powerplants depending up on the market, expect the new model to carry forward the same options.

As far as Indian market is concerned, Toyota has no imminent plans of launching the truck here. (Also Read: Top-10 most stolen cars in the US: Family sedans and SUVs are hot wheels)

Toyota is also readying a facelift to the Fortuner SUV which is immensely famous in the country. The same was also spotted completely undisguised a few days back. The Fortuner facelift is expected to arrive in the market by next year. (Full details here)