2021 Toyota Fortuner facelift: What has changed? 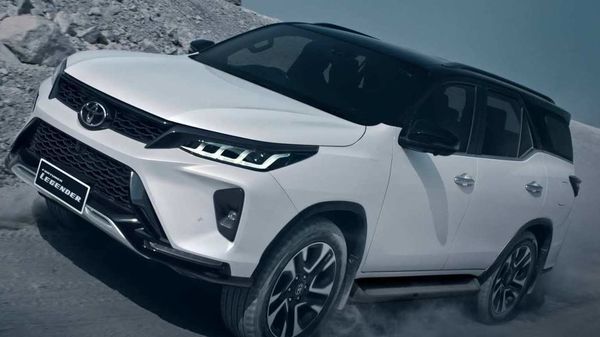 2021 Toyota Fortuner Legender will be offered only as the top-spec variant.

The Toyota Fortuner SUV is about to receive a facelift soon. The firm has announced that the new Fortuner will be launched in India on January 6th. Toyota's full-size SUV holds a superior position in its segment and faces cut-throat competition from SUVs such as Ford Endeavour and the new MG Gloster. Here's what the new Fortuner has in stores.

For 2021, the Fortuner is about to be updated with revised exteriors. At the front, it will benefit from a larger black grille with thick chrome surrounds. The new grille will be flanked by the redesigned bi-LED headlight units. Lower below will sit a remastered front bumper with massive air intakes and silver skid plate finished in silver. It will also get a new set of alloys and there will be new three-dimensional tail lamp units doing duty at the back.

(Also Read: From Fortuner to Gravitas: Five new SUVs coming up in January 2021)

Inside, the Fortuner facelift will come kitted with a tweaked instrument cluster and a new touchscreen infotainment system supporting Apple CarPlay and Android Auto connectivity. There will also be a new color scheme for the leather upholstery. Some of the fresh features may include a 360-degree camera, air purifier and wireless charging.

As per some leaked details, the new Fortuner will be made available in close to 10 variants. There will be two-wheel-drive (2WD) and four-wheel-drive (4WD) options. The updated SUV will be offered in nine body colours and three interior colour trims. There will also be a higher-spec Fortuner Legender, along with the standard model offered in both 2WD and 4WD variants.

Under the hood, the new Fortuner will continue to be offered with BS 6-compliant petrol and diesel engines. The petrol-sipping option will include a 2.7-litre motor that churns out 164 bhp of power and 245 Nm of torque, the diesel option will be a 2.8-litre unit developing 201 bhp of power and 500 Nm of peak torque. The engines will be available with two transmission choices - a 6-speed manual and a 6-speed sequential automatic unit.