Earlier, Skoda was scheduled to launch the fourth generation Octavia sedan in India in April or early May.
By : HT Auto Desk
| Updated on: 19 May 2021, 12:27 PM 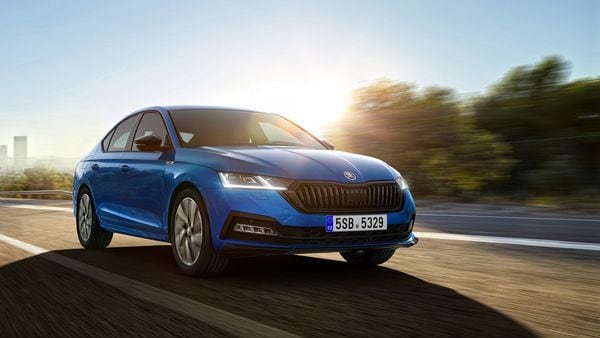 Skoda has confirmed that 2021 Octavia sedan will be launched in June.

Skoda Auto India has confirmed that it will launch the all-new Octavia sedan for the Indian market in June. Zac Hollis, Director at Skoda Auto India, confirmed it while replying to one of the queries on the possible launch of the 2021 Skoda Octavia.

Zac Hollis wrote, "We will now launch the new Octavia next month. The exact format of the launch is in discussion."

Skoda was planning to launch the new Octavia some time in April or early May, However, a sudden rise in Covid-19 cases due to the second wave and the corresponding crisis forced the Czech carmaker to put it on hold until the current situation improves.

We will now launch the new Octavia next month. The exact format of the launch is in discussion.

The fourth generation Octavia made its global debut two years ago. India had to wait for about a year before it was introduced for customers here. Months later, Skoda updated that the first batch of the new Octavia has rolled out of its facility in Aurangabad, before the official launch was called off temporarily.

Octavia sedan, one of the best performing models from the Czech brand globally, will come with fresh looks and new upgrades inside and outside. Based on the MQB platform, the new Octavia stands on a wheelbase of 2,686 mm, promising more space for occupants. The sedan has also grown in size due to the MQB platform and offers an extra 19 mm length and 15 mm wider body.

Look-wise, the 2021 Octavia will sport a redesigned grille which is wider than the one on its predecessor. The grille is flanked by conventional single-piece LED headlamps. The 17-inch alloy wheels are also redesigned. The layout of the cabin has also been reworked with a revised dashboard. It features digital displays and a twin-spoke multifunction steering wheel.

The new Octavia sedan is likely to be offered with a 2.0-litre TSI turbocharged petrol engine mated to a 7-speed dual-clutch automatic transmission. The new Skoda Octavia will be capable of churning out around 190 hp of peak power. The details on the specifications, along with the price, will be revealed during the official launch next month.