2021 Renault Captur facelift revealed officially: All you need to know

The facelifted Renault Captur gets a slew of exterior tweaks. Also, it sits on an updated platform.
By : Prashant Singh
| Updated on: 12 Mar 2020, 21:03 PM The mid-cycle update to the Renault Captur has been revealed officially. The facelifted model will have its world premier later in the second-half of 2020 in Russia.

As for the exteriors, the new Captur gets a slew of subtle styling revisions. Speaking of which, only the front profile of the vehicle has been revealed which gets updates such as LED lights and new chrome-studded V-shaped radiator grille which adds more bling to the car's snout. While its shape remains unchanged, only difference is the addition of chrome inserts.

Rest, on the sides, it also gets new alloy wheels. While changes to the rear-section have been kept hidden for time being, we expect similar changes to its rear-profile as well.

Apart from the exterior styling, new updates have also been introduced inside the cabin of the 2021 model. While the pre-facelift model (for emerging markets) employs the B0 platform, same as the Renault Duster, the overhauled model gets a new B0+ platform (for emerging markets). In comparison to the previous platform, the new BO+ unit features 55% changed components.

For the record, there is also a second-gen model and a South Korea-specific Renault Arkhana, both the units use an even more advanced platform (CMF-B). 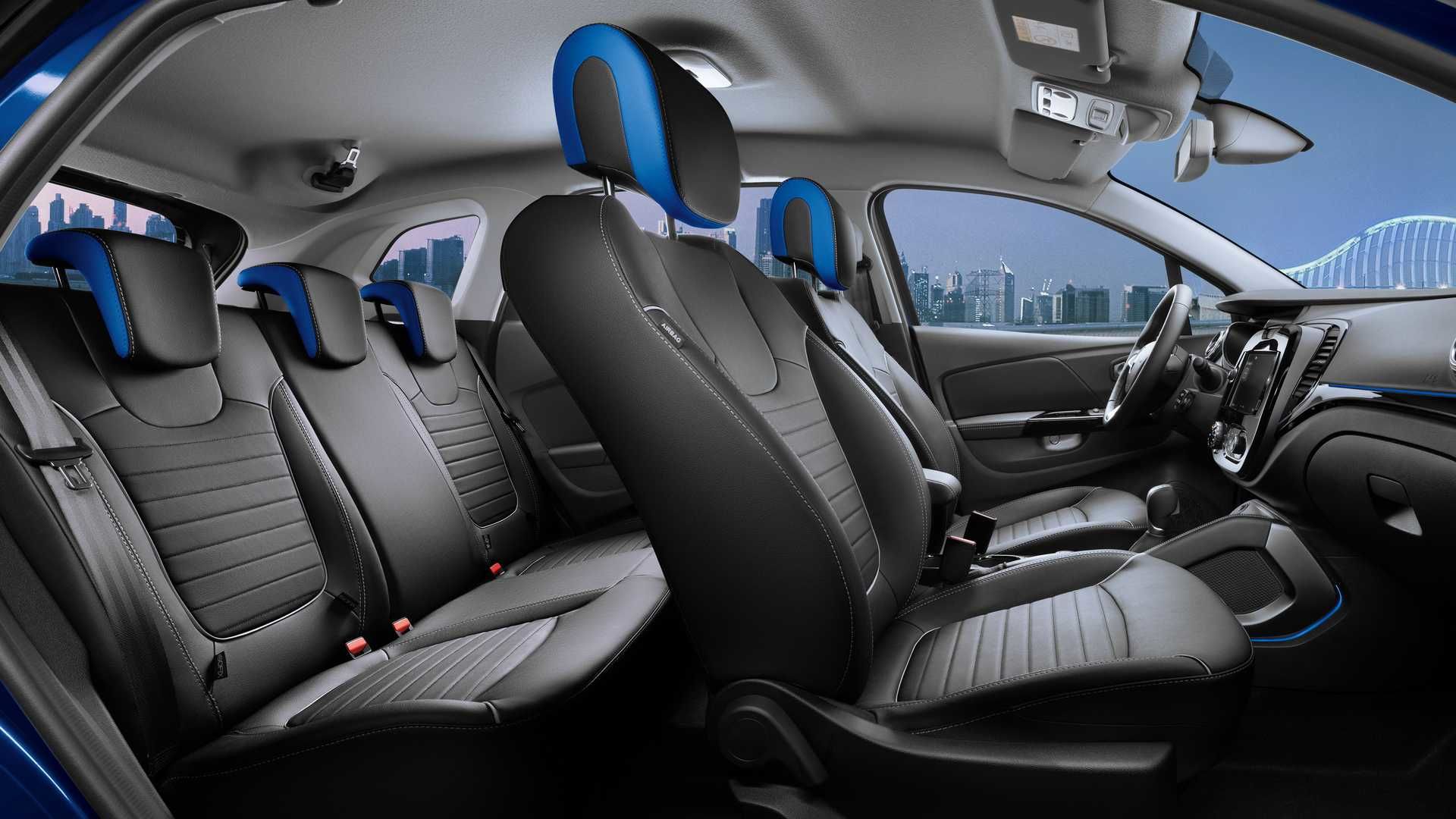 As for the interiors, the new cabin shot provides a limited view but is good enough to hint that the facelifted Captur will be given a new steering wheel (shared with the second-gen Duster). Also, there have been tweaks to its multimedia system. What's more pronounced is the usage of new blue details over the seats and the dashboard.

With the latest refresh, the Renault Captur has also gained 1.3-litre turbocharged four-cylinder engine which has been co-developed in the partnership of Renault-Nissan Alliance-Daimler. This engine is known by the name TCe150 and delivers 130 PS of maximum power. The engine works with a CVT gearbox. Moreover all-wheel drive option has also been introduced to the new Captur. Needless to say, the India-spec model may not get the same due to cost related reasons.

For India, expect the facelifted Captur to see a market launch around early-2021.