The third generation of the Qashqai SUV is based on the company's new platform, and will be offered in two engine variants, including a hybrid avatar.
By : HT Auto Desk
| Updated on: 20 Feb 2021, 04:47 PM 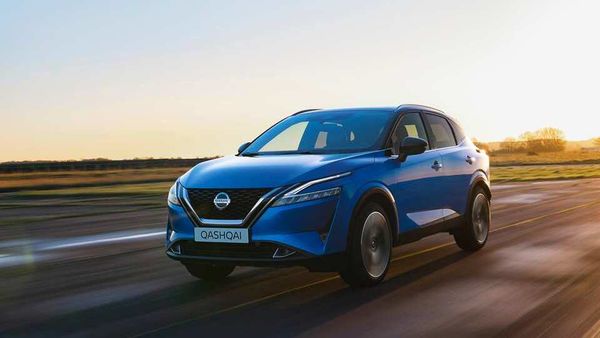 The third generation of the Qashqai SUV is based on the company's new platform.

With the launch of Qashqai, 14 years ago, Nissan paved the way for a new generation of vehicles, SUVs and crossovers that over the years have become popular, especially in markets like Europe. Now, with the arrival of the third generation of what has been called an 'emblematic model', with over 3 million units sold in Europe, the Japanese carmaker has introduced what could be called the flagship of the brand.

The new Qashqai is the first model of the brand to use the CMF-C platform of the Renault Nissan Alliance, and like all new structures, it seeks to be more rigid, light and functional for all kinds of uses.

It uses lighter materials and advanced stamping and welding techniques to increase strength and reduce weight. For example, the tailgate is made of a composite material that reduces its weight by 2.6 kilos, and the doors, fenders and hood are made of aluminium, which allows a weight reduction of 21 kilos.

Like the previous two generations, the new Qashqai was designed at Nissan's European Design Studio in London. While maintaining the proportions and lines of the previous generation, this third iteration looks more muscular, sharp and modern thanks to the inclusion of several of the new visual elements that have been released in the brand.

On the outside, a wider and more poised vehicle is noticeable thanks to its new dimensions. The front shows the traditional V-Motion grille but enlarged and finished in satin chrome. Next to it are the Full LED headlights with the classic boomerang-shaped daytime running lights, but being an extra slim package, it looks like it's totally new.

The silhouette has much of the old Qashqai, but with a more athletic and dynamic stance thanks to a sharper front and a rising character line that crosses from front to rear. The 20-inch wheels with diamond design, unprecedented in the model, stand out for the taller versions. Also darkened C-pillar to create the feeling of a floating ceiling.

The rear is less impressive, but the horizontal lights stand out for a sense of width, a kind of chrome diffuser, and the inclusion of the wider Qashqai word.

The model will be offered, at least in Europe, with 11 body colour options with five two-tone combinations, a total of 16 variants to choose from.

Nissan defines the interior of the Qashqai as "connected and comfortable, a new standard in the segment thanks to its high-quality feel and improved ease of use." It has white ambient lighting, a new design of controls and buttons, and a materiality that is far above what we know in the model.

The new Qashqai features a new infotainment system that includes various connected services and easy smartphone integration . Add integrated Wi-Fi for up to seven devices and NissanConnect Services, a specific application to interact and control the vehicle (remote lights, remote door lock and unlock, etc.). Everything is controlled from a 9-inch screen, larger and higher resolution, it offers compatibility with Android Auto and Apple CarPlay, the latter with wireless connection.

Depending on the version, a digital instrument cluster will be offered through a 12.3-inch TFT screen, with customisable designs to display information about navigation, entertainment, traffic or the vehicle itself, and all this controlled from a new touch control located on the steering wheel.

The third screen available is the 10.8-inch head-up display, which shows navigation data, driver assistance and road information in front of the driver. These functions are compatible with Google Assistant and Amazon Alexa devices to execute orders by voice.

In terms of comfort, Nissan has focused on improving visibility from the driving position with a wider opening angle of the windshield, a slimmer front pillar design and side mirrors installed in the door instead of the A pillar, reducing so the blind zones. Likewise, accessibility has been improved with doors that open almost 90 degrees.

The new Qashqai includes a series of comfort elements such as the keyless system and the hands-free electric tailgate.

Nissan wants 50% of its sales in Europe by 2024 to be electrified models, and that is why the new Nissan Qashqai will offer a hybrid version called e-POWER, as well as the efficient 1.3 Turbo gasoline engine.

The 1.3 DiG-T version, an engine that was already available in the Qashqai since 2018, received more than 50 new components to meet the Euro 6d emissions standard. As a novelty, it will be associated with a 12v light hybrid system, which acts as a starter, engine brake and offers more torque in moments of acceleration.

Nissan indicates that the versions with manual gearbox offer a faster, more direct and sporty shift feel, while the Xtronic transmission offers better fuel consumption. The 4WD versions have a control to select up to five driving modes: Normal, ECO, Sport, Snow and Off-road.

The e-POWER version, meanwhile, has a high-performance battery, a 1.5-liter 154 Hp gasoline engine, a power generator, an inverter and a 140 kW (190 Hp) and 329 Nm of torque. The gasoline engine is used solely to generate electricity, while the front wheels are driven by the electric motor, offering a more linear and lossless power delivery.