Maruti Suzuki rides in the CelerioX BS 6 at ₹4.90 Lakh 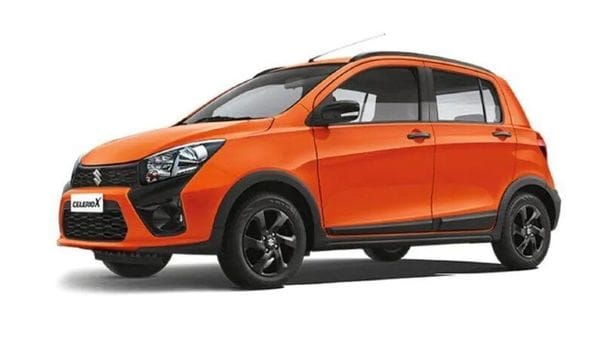 Maruti CelerioX BS 6 has been silently launched in the country priced at ₹4.90 lakh for the entry-level VXI variant. The price extends up to ₹5.67 lakh for the top-of-the-line ZXI (O) variant, both prices ex-showroom, Delhi

As against the previous BS 4 compliant Maruti CelerioX, the price has increased marginally by around ₹15,000. The car will be offered in four different variants including VXI, VXI (O), ZXI and ZXI (O).

The company has already updated the model at its official website.

The car runs on the same 1.0-litre, three-cylinder petrol sipping engine which is used in a variety of Maruti's entry-level hatchbacks. This engine is now compliant to the needed BS 6 emission standards.

In its latest BS 6 avatar, the engine is rated to deliver 66 PS of maximum power which comes at 6,000 rpm and 90 Nm of torque which peaks at 3,500 rpm. The engine is mated to a 5-speed manual transmission. It also gets an option of AMT gearbox. The BS 6 complaint CelerioX's fuel mileage has been rated at 21.63 km/lt for both manual as well as automatic variants.

In terms of exteriors and styling changes, the new BS 6 CelerioX is identical to the last BS 4 model. It boasts the same vibrant exterior colour options with contrast black cladding, piano black honeycomb mesh grille as well as chunky fog lamp housings. Apart from that, it sports the same gloss-black 14-inch alloy wheels and dual tone ORVMs and door handles.

Inside, the cabin continues with the same all-black colour theme featuring silver highlights. Some of its cabin features include four-door power windows, manual HVAC, electric power steering and multi information display (MID). However, the car still misses on the new 7.0-inch smartplay 2.0 infotainment system which is otherwise already offered on the entry-level offering, the Maruti S-Presso.