As many as five Tata Motors cars featured in the list tested by safety agency Global NCAP.Mahindra's XUV300 topped as the safest car on Indian roads.
By : Sabyasachi Dasgupta
| Updated on: 11 Jul 2020, 01:59 PM 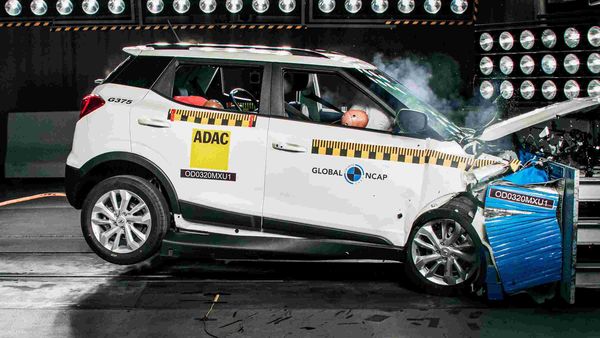 Mahindra XUV300 got the highest combined result in Global NCAP’s Safer Cars For India crash tests to date with the highest score in both the adult and child protection categories. (Photo courtesy: http://www.globalncap.org/)

Global car safety agency Global NCAP has come out with a list of cars produced in India that they certify as the safest. The list, which has 38 cars in all, is dominated by passenger vehicles produced by Tata Motors and Mahindra and Mahindra. This compact sedan lists at number 10 on the list. The car was first revealed at the Auto Expo in 2014 along with its hatchback version Tata Bolt. Zest scored four stars for adult safety features in the test conducted back in 2016, but scored poorly when it came to safety of child occupants. The Global NCAP verdict read, “The protection offered to the driver head was Adequate due to bottoming out of the driver airbag. The front passengers’ knees could impact with dangerous structures in the dashboard lie the Tran fascia tube. The bodyshell was rated as unstable and it was not capable of withstanding any further loadings. The child seat for the 3-year-old child was unable to prevent excessive forward movement during the impact." 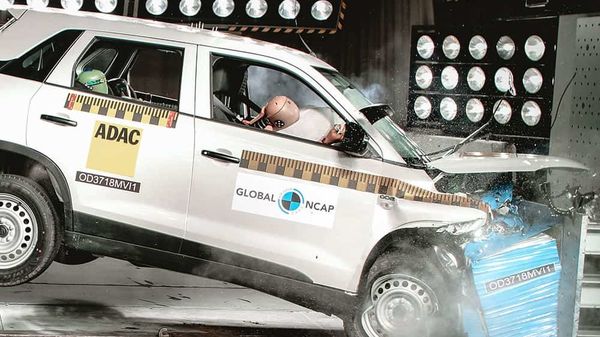 Maruti Suzuki Vitara Brezza has been ranked at number 9 among safest Indian cars by Global NCAP.

The subcompact SUV from Maruti Suzuki features at number 9 spot on the list of safest Indian cars according to Global NCAP. The company has launched an updated model of the SUV this year with new safety features, which is yet to undergo the tests conducted by the global safety agency. However, the previous generation Vitara Brezza received similar ratings like Tata Zest. Global NCAP verdict read, "The protection offered to the driver and passenger head and neck was good. Driver chest showed marginal protection while passenger chest showed good protection. Driver’s knees showed marginal protection and passenger’s knees marginal and good protection as they could impact with dangerous structures behind the dashboard supported by the Tranfascia tube. The bodyshell was rated as stable and it was capable of withstanding further loadings."

Between 2014 and 2020 Global NCAP has completed more than 38 assessments which have acted as an important catalyst in the safety improvement of Indian cars. View all results to date: https://t.co/l9jY51pQYt #SaferCarsForIndia #50by30 pic.twitter.com/LXUeRKYgvU Toyota Etios hatchback is rated as number 8 on the list of safest Indian cars by Global NCAP.

Toyota Motor had launched Etios hatchback in India 10 years ago. Later a sedan version of the hatchback by the name Liva was launched. The Etios hatchback, tested back in 2016, fared reasonably by Global NCAP standards and is placed at number 8 on the list. The Global NCAP verdict read, “In the frontal impact the driver and passenger heads were both well protected by the airbags and seatbelts. There were hazardous structures in the area of the facia that could be impacted by an occupants knees. The child seat for the 1 and 5-year-old child was able to prevent excessive forward movement during the impact. The 3 year old exceeded the forward excursion limit." 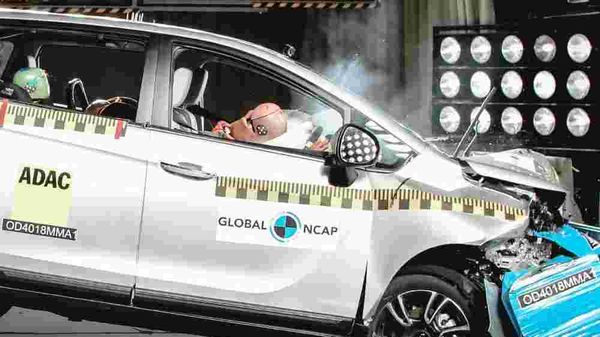 The MPV from Mahindra and Mahindra has ranked as the safest in its category for the last six years. The five-door MPV was tested back in 2018. The Global NCAP verdict read, “The protection offered to the driver and passenger’s head and neck was good. Driver’s chest showed marginal protection while passenger’s chest showed adequate protection. The child seat for the 3 year old was installed forward facing with ISOFIX and top tether and was not able to prevent excessive forward movement during the impact leaving the head vulnerable while fair protection was offered to the chest." The four-door hatchback from Volkswagen stood 6th among the safest cars in India. The car was put through the crash test by Global NCAP in 2014. The verdict read, “The protection offered to the driver and passenger head and neck was good thanks to the airbag, Driver’s and passenger chest received adequate protection. Both front passengers’ knees could impact with dangerous structures in the dashboard lie the Tran fascia tube. The car did give warnings as to the hazards associated with installing a rearward facing child seat on the front passenger seat with an active airbag but its marking is not enough to meet the protocol criteria." The Tigor and Tiago are ranked fifth on the list. Both cars achieved four stars for adult occupant protection and three stars for child occupant protection. The Tigor was the model tested (the Tiago and Tigor are the same car in the front and passenger compartment). The Tigor and Tiago offers 2 frontal airbags as standard. Its structure and its footwell area were rated as unstable. Head and neck protection for adult occupants was good. Chest protection for passenger was adequate and marginal for the driver. Femur and knees showed marginal protection as there is risk of contracting dangerous structures behind the fascia. 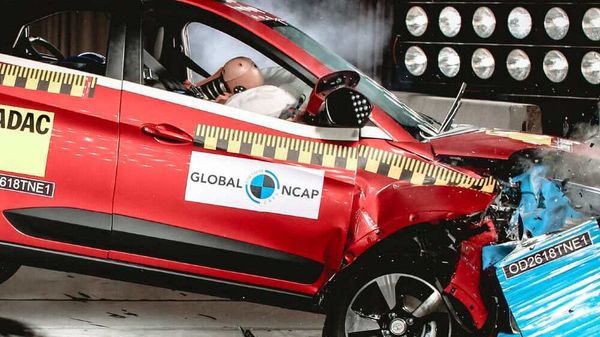 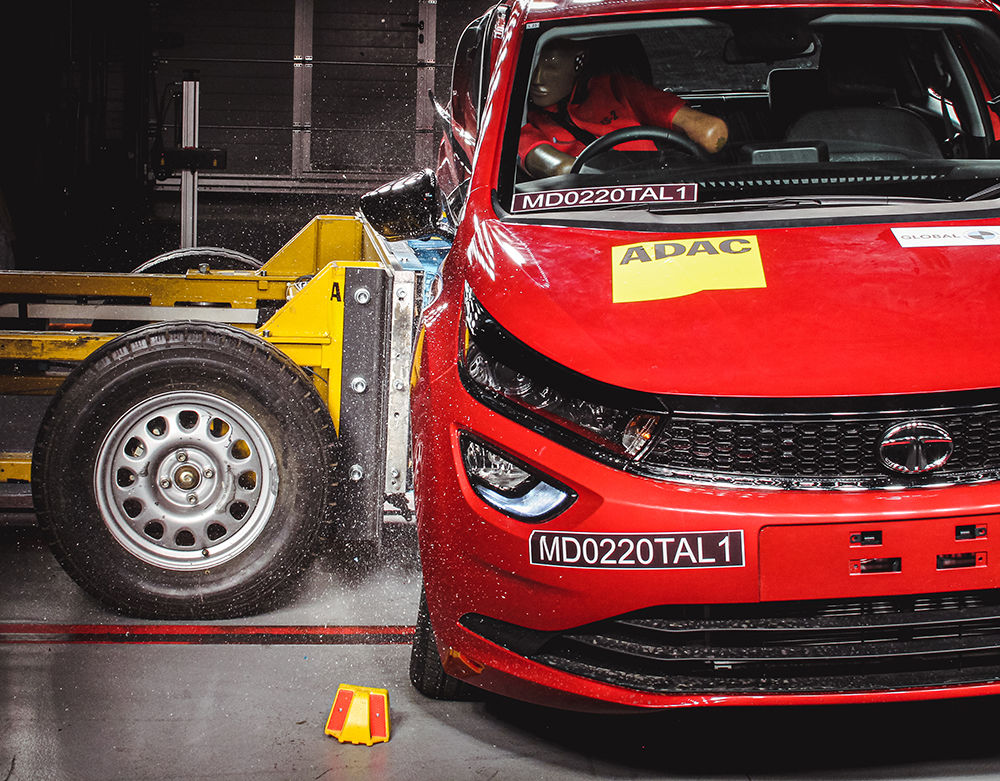 Tata Motors’ newly-launched Altroz hatchback secured five-star rating by the Global NCAP during its crash test. Five stars is the maximum that any car put to the test by Global NCAP can secure. Offered with front two airbags as standard, the Altroz was appreciated for a stable structure and footwell area. Global NCAP also noted that head and neck protection was good and that chest protection for both adults in the front seats was adequate. 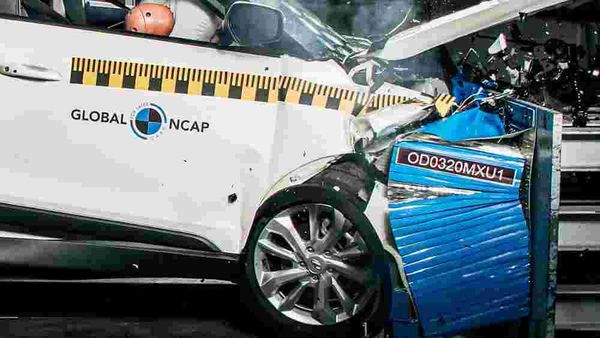 Mahindra XUV300 is the safest Indian car on the road, according to tests done by Global NCAP since 2014. The SUV has achieved Global NCAP’s first ever ‘Safer Choice’ Award, an accolade only available to automakers achieving the highest levels of safety performance for cars sold in India. The SUV achieved a five star Global NCAP rating for adult occupant protection and four stars for child occupant protection. It was the highest combined occupant safety rating of any car tested in Global NCAP’s #SaferCarsForIndia campaign to date.