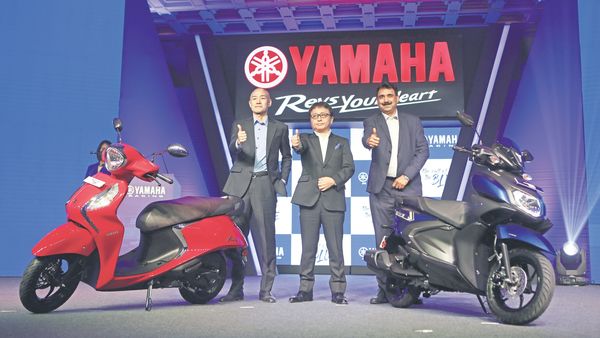 Demand for two-wheelers is likely to remain flat this year even on the low base of 2019, which was the worst year in two decades, said Motofumi Shitara, chairman and managing director of Yamaha Motor India group.

“We expect recovery only in 2021," Shitara said in a recent interview. This dismal view has led Yamaha to recast its India strategy in favour of higher engine capacity models which are more profitable than entry-level models.

India Yamaha Motor Pvt. Ltd, the fifth-largest two-wheeler company by local production, sold 624,000 units in 2019 in the domestic market, a 22% decline from 796,000 units in 2018. The company has a combined production capacity of 1.75 million vehicles a year across two manufacturing plants—near Chennai and Surajpur in Uttar Pradesh. It also has an engine plant in Faridabad, Haryana.

Shitara said the current capacity would suffice for at least three years including exports, dismissing the possibility of fresh investments.

“Despite the drop in total annual sales volumes, our turnover has grown year-on-year. This is because the premium models have helped us with profitability improvement across dealerships. This strategy is meaningful," Shitara said.

Yamaha also plans to discontinue its 110cc scooters, replacing them with all-new BS-VI compliant 125cc models such as the Fascino and Ray-Z variants. In this space, Honda dominates with a 57% share.

“The commuter segment is very conscious of product pricing and the competition is very tough. We don’t want to play in the 100cc-110cc segment. In scooters, 125cc category is growing faster," Shitara said.