With the year 2021 coming to an end, the helmet industry has witnessed new policies that are favourable for its growth, which was previously missing.
By : HT Auto Desk
| Updated on: 27 Dec 2021, 12:49 PM 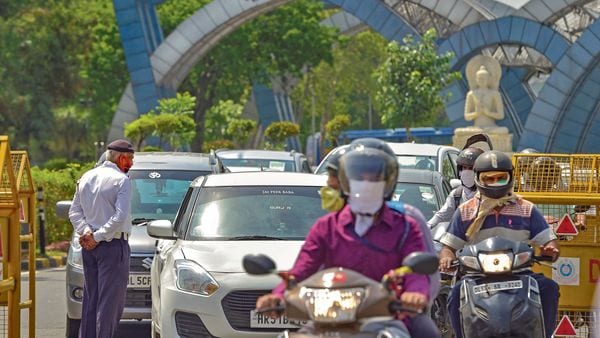 The government has initiated a process to bring helmets under a mandatory BIS regime as part of efforts to reduce fatal injuries involving two-wheelers. (File photo)

The number of road accidents on Indian roads has been increasing. The country is among the top in the list of the alarmingly high number of road accidents and deaths due to that. On average, there are 500,000 road accidents on Indian roads every year and more than 30 per cent of that are involved two-wheeler riders. This situation is resulting in a growing emphasis on helmet legislation by many state governments in India, says Rajeev Kapur, Managing Director, Steelbird Group.

“In India, the two-wheeler helmet industry is forecasted to grow at a CAGR of around 25% through 2022," he said to HT Auto. He further added that two-wheelers being the most convenient way to ride in India has also led to an increase in sales and demand for helmets.

With the year 2021 coming to an end, the helmet industry has witnessed new policies that are favourable for its growth, which was previously missing. This is going to play a key role in the growth of the two-wheeler helmet market in India, says Kapur. The regulations such as government banning the non-ISI helmets, there is an added incentive for the helmet manufacturers, as it is witnessing growing sales.

Furthermore, with the removal of weight restrictions, there have already been safer helmets infused in the Indian market leading to the availability of better choices for commuters, claims Kapur. Other factors to play key roles in the growth of the helmet industry will include better awareness of safety and an increase in consumer spending on discretionary items.