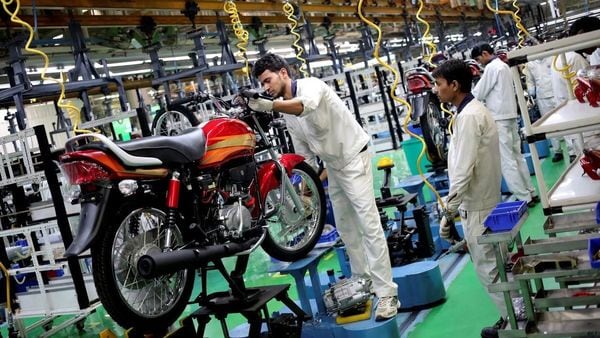 The country’s largest two-wheeler maker Hero MotoCorp plans to drive in BS-6 upgrades of around ten products, including five top-selling bikes and scooters by February next year, as it aims to upgrade its product portfolio well before the deadline of April, 1 2020, according to sources.

The two wheeler major plans to showcase the upgraded products at an event in February 2020 at its R&D centre (Centre of Innovation and Technology), in Jaipur,

"Within the next 4-8 weeks, the company will launch around ten BS-6 products including its key products such as Splendor, HF Deluxe, Glamour motorcycles and Maestro Edge scooter," a company source said.

Hero MotoCorp has already commenced the retail sales of its first BS-6 motorcycle, the Splendor iSmart in November 2019.

The transition to the higher emission norms for the company is being driven at its R&D centre in Jaipur, which was commissioned in March 2016.

Since then, Hero has further enhanced its in-house R&D capabilities by setting-up the Hero Tech Center GmbH, near Munich in Germany.

Besides, the BS-6 transition, the company's is also focusing on a range of new premium products and accessories to increase its market share in such verticals.

At the recent EICMA motor show in Milan, the Hero MotoCorp had showcased the Xtreme 1.R Concept which is expected to hit the roads soon. "The XPulse Rally Edition that Hero will launch soon, has been developed basis the learnings from the company's motorsport team and will open up a new segment for biking enthusiasts in the country," the source said.

When contacted, a company spokesperson said, “We have already launched Splendor iSmart in the market, which is the country’s first BS-6 motorcycle. As stated earlier, we have also stopped production of more than 50 variants of our BS-4 range, and now aggressively working towards complete migration of our entire range to BS-6 norms. We will make the announcements on specific products at an appropriate time closer to their market launch."

Earlier this week, the company announced a price hike of up to ₹2,000 across its product range, effective January.