BMW Rocktane has been already trademarked in Germany, and international rights to this name are currently pending.
By : HT Auto Desk
| Updated on: 25 May 2022, 07:56 AM BMW Motorrad has filed for the patent of the ‘Roctane’ nameplate. The patent has been registered in Germany. Apart from this, the company has also filed for the registration of R12 name. The latter could come out as a cruiser sitting below the existing R18 cruiser, however, ‘Roctane’ is a new kind of name seeing the existing lineup of BMW bikes.

BMW Rocktane has been already trademarked in Germany, and international rights to this name are currently pending. However, the application documents suggest that it is intended to be used on motorcycles rather than any of BMW’s other products. 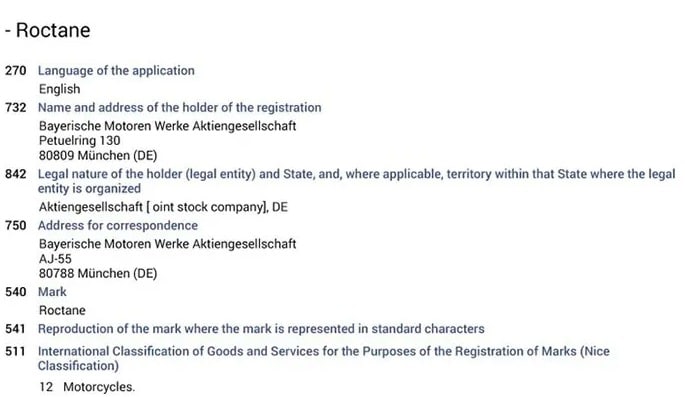 It can be noted that the previous BMW bike names have been badged logically, with letters and numbers that denote the engine layouts as well as capacities. However, Roctane doesn't really indicate anything. For the record, a couple of years back BMW trademarked the name ‘M 1300 GS’ for a model that’s expected to be launched next year. ‘M’ means it’s a high spec ‘motorsports’ machine, ‘1300’ is roughly the cubic capacity and ‘GS’ means it will sit in the company's adventure bike portfolio

It could also be noted that the BMW's boxer-engined machines start with ‘R’. Also, ‘Roctane’ also has overtones of the old ‘Rockster’ badge which has been previously seen on the streetfighter version of the R1150R from 2001-2006. As far as the current lineup is concerned, the existing R nineT also illustrates the use of an ‘R’ name.