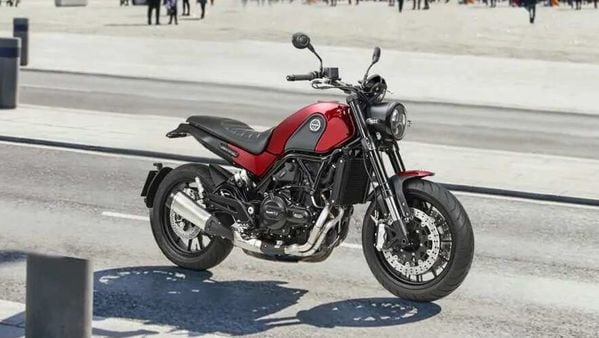 The Benelli Leoncino 500 BS 6 doesn't have a direct rival in the Indian market currently.

The new Leoncino 500 BS 6 was launched in India earlier this year in February. It carries over the same design and features as the previous BS 4-spec model which was also on sale in the Indian market until last year.

Some of its exterior highlights include a round headlight, a small-sized fuel tank, dual-tone front fender with Lion of Pesaro motif, single-piece tuck and roll design seat, and a rear fender-mounted number plate. It gets full-LED lighting and a twin-pod LCD instrument cluster as part of its features list. And for safety, the motorcycle uses dual-channel ABS.

It sources power from a 500cc, parallel-twin, liquid-cooled engine which despite being a BS 6-compliant unit, continues to churn out the same output as the previous BS 4-compliant engine. It produces 46.8bhp of maximum power at 8,500rpm and 46Nm of peak torque at 6,000rpm. It gets a 6-speed transmission.

The Leonicno 500 has been on offer in the Indian market for quite some time now. It was taken down in 2020 due to the stringent BS 6 emission norms. "The Leoncino 500 is a tribute to the original model, which is a legend of Italian motorcycling that largely contributed to the history of the brand," said Vikas Jhabakh, Managing Director, Benelli India.

Benelli offers a three-year/unlimited kilometres warranty on the bike.