In PUBG's new 1.5 update, Tesla products have been integrated.Players will be able to access the Tesla Gigafactory and build a Tesla Model Y EV. Tesla Semis will also appear on the map as self-driving vehicles.
By : HT Auto Desk
| Updated on: 13 Jul 2021, 12:02 PM 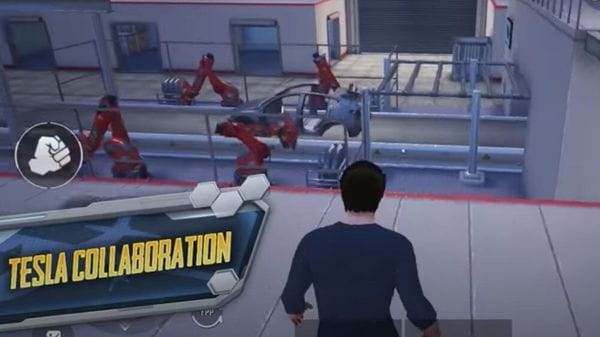 Screengrab from the video posted on YouTube by PUBG Mobile.

Electric vehicle giant Tesla and PUBG Mobile have teamed up to integrate the EV maker's products in the popular video game. PUBG Mobile recently released its 1.5 update and announced its partnership with the EV maker, stressing that Tesla's products have been included in the game.

The updated PUBG mobile game will show off a Tesla Gigafactory, Tesla Model Y EV and its autonomous driving feature as well as Tesla Semi self-driving vehicles. The gamers can access the Tesla factory on the map and activate all the switches in the assembly line of the factory to build a Tesla Model Y vehicle. The autopilot mode in the electric car can then be activated on the highways, taking the player automatically to the location of pre-set markers along the highway.

The Tesla Semi self-driving vehicles will appear randomly on the wild roads and will drive automatically on specific routes. The players can obtain battle supplies from the Semis by inflicting damage on them and making them drop supply crates.

Tesla has been porting video games in its electric vehicles for a few years now. The EV maker has also been building Tesla Arcade, a video game platform, inside its vehicles, and has been working with video game studios to facilitate EV owners with their dose of recreation. Tesla chief Elon Musk has reportedly indicated that entertainment will play a major role when cars will drive themselves.

But now, the tables have turned. Tesla itself is a part of video games. However, Tesla has earlier too had a similar integration with the Game of Peace - the Chinese version of the PUBG Mobile game. Interestingly, Tencent Games that owns PUBG is also a major shareholder in Tesla.