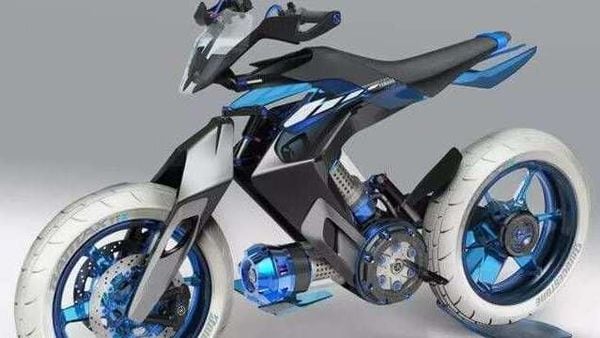 Yamaha’s water-powered motorcycle could be revealed by 2025

Yamaha is working on a technology which uses water (H2O) as a fuel for propulsion. The automaker from Japan has recently released images of the new XT 500 H2O water-powered concept bike (above) which is reportedly under development since 2016.

While there is no official confirmation, but it will be another 4-5 years down the line until the final version of the bike is debuted for public.

(Also Read: Yamaha gives an insight into its electric motor for motorcycles)

The bike has been designed by Maxime Lefebvre, the industrial designer for Yamaha. It gets a closed loop H2O motor and features a water pump which cycles water and provides means of propulsion.

It will revive the Yamaha's iconic XT 500 dual-purpose bike which was manufactured from 1975 to 1981 and was popular for its lightweight design. It used a 499 cc single-cylinder, four-stroke engine that was good enough to churn out 32 hp of power and 38 Nm of torque. It had a top speed of 160 kmph which was quite a lot for its time.

Just like the original model, the XT 500 H2O will also feature a minimilisatic design approach as evident from the latest images. Also, its cool white coloured tyres sync-in with the anodised blue finish on the bike, giving it an intimidating appeal.

Weather or not the bike transitions into a production-spec model by the set timeline, the concept itself is a game changer to say the least. A water-powered bike is likely to have zero carbon emissions, thus zero impact on the environment. Also, the technology could later on be implemented in other cars, bikes and taxis, bringing down the overall carbon emissions to a minimum.