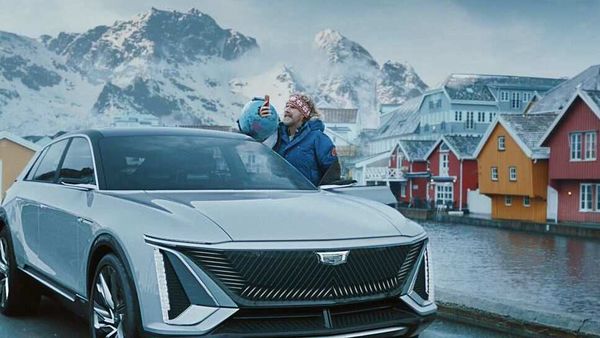 A Super Bowl ad campaign featuring “Anchorman" actor Will Ferrell has shone a spotlight on Norway as the envy of the world for electric-vehicle adoption. An initial set of teasers released by General Motors Co. got the attention of Prime Minister Erna Solberg, and now the country’s climate minister is inclined to do a bit of crowing.

“Norway is absolutely not best in everything in this world. But on EVs, we’re actually the best," Sveinung Rotevatn, who has been in the role for a little over a year, told Bloomberg News in an interview. “There is no one who is even close to selling as many as us."

Norway became the first in the world to see electric cars seize a majority of annual vehicle sales last year, with consumers snapping up battery-powered Audi e-tron SUVs, Tesla Model 3 sedans and Nissan Leaf hatchbacks. December was a record-breaking month for EVs’ share of the market at 67%. The country wants all cars sold there to be zero-emission in 2025.

GM’s first videos starred Ferrell hating the Nordic nation for no apparent reason. In one, he makes a prank call to order 5 million anchovy pizzas for the entire country. Solberg tweeted her thanks a day later, though she asked the actor to send pizzas topped with pineapple instead and told him to make it 5.4 million.

The reason for Ferrell’s hostility was revealed in the full 90-second spot released Wednesday. The actor throws a fit over Norway selling far more EVs per capita than the U.S. and tells two other comedians, Kenan Thompson and Awkwafina, to hop in a Hummer and meet him on the other side of the Atlantic. They end up in Sweden and Finland by mistake.

A 60-second version will air during the first quarter of Sunday’s Super Bowl as GM’s latest bid to raise awareness of its EV efforts. The Detroit-based automaker has budgeted $27 billion on battery-electric and self-driving vehicles and last month changed its corporate logo for the first time in almost six decades to better emphasize its focus on electrification. LeBron James and the electric Hummer starred in the company’s Super Bowl ad last year.

Rotevatn, a fan of Ferrell and the roles he’s played over the years, including Ron Burgundy, got a kick out of GM’s commercial. Media, politicians and delegations from other countries have taken an interest in how Norway has convinced car buyers to go electric. He believes EVs should be given a competitive advantage in the form of favorable tax treatment.

“When we -- a pretty rocky, pretty cold, and quite scattered country manage to succeed with electric car policy, then it’s obvious that it provides substantial ammunition to those in other countries who ask their authorities: Why can’t we do this?" Rotevatn said.

While there’s a political discussion playing out in Norway about how long electric-car benefits should last, there’s consensus on at least one matter.

“Like the Prime Minister," Rotevatn said, “I prefer pineapple."