Green-energy ship of Titanic proportions: Hydrogen-fueled ferry in the works

To be named Europa Seaways, the hydrogen-powered ferry will be the largest and the most powerful of its kind.The ferry will be developed by Denmark and Norway, and will have space for 1,800 passengers and 380 cars.
By : HT Auto Desk
| Updated on: 09 Dec 2020, 09:22 AM 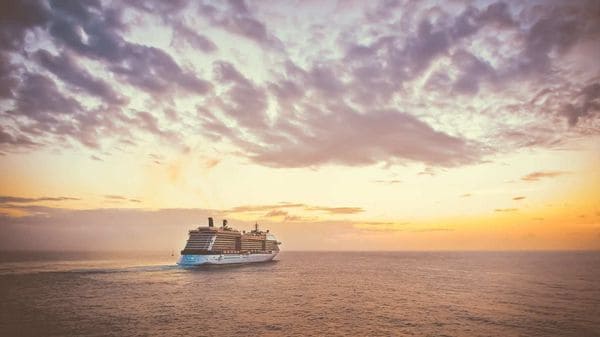 When it comes to green mobility, Scandinavian countries are often known to not just show the way forward but light it up as well. Little wonder then that Denmark and Norway are now reportedly working on a massive hydrogen-powered ferry which could transport as many as 1,800 passengers at a time between the capital cities of Copenhagen and Oslo.

According to a report in Electrek, both Denmark and Norway have applied to the European Union for funding for the ambitious project which has the potential of transforming the scope of maritime transportation. Both countries are betting big on being free from emissions and having environmentally-friendly shipping vessels is a part of the plans.

To be named Europa Seaways, the hydrogen-powered ferry will be the largest and the most powerful of its kind and have enough room for as many as 380 cars or 120 trucks, apart from the passengers. The onus of powering the ferry would be on a large 23-megawatt fuel cell and may ensure as many as 13,000 cars avoid the road route between the two countries each year by making use of the ferry. It is also estimated that this would save 64,000 tonnes of C02 emissions annually.

Norway, as is, has been propagating electric mobility for quite some time now. Its population to EV ratio is the best in the world, something that even Denmark is now trying to catch up to as it plans to put one million EVs on its roads by 2030. Of the 2.5 million passenger vehicles here presently, only a paltry 20,000 are EVs of one kind or the other. On road or out at sea, the move towards cleaner sources of energy could indeed help Scandinavia serve as a perfect example in the battle against climate change and global warming.