India generates around 70% of its electricity from coal and any shortage of the fossil fuel may not only impact industries and households but electric vehicles as well.
By : HT Auto Desk
| Updated on: 11 Oct 2021, 10:40 AM 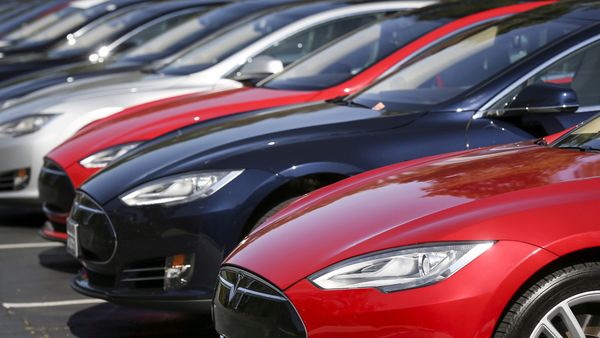 India stands at the cusp of a massive electric vehicle revolution, one that is expected to be powered by electric two and three wheelers before even passenger vehicles on battery power making their presence felt. There are a mile long list of benefits that electric vehicles promise - from affordable mobility to better performance, lower maintenance cost and being virtually free from emissions. But India is also a country where 70% of electricity is generated from coal and reports of a shortage in the past few days, apart from the immediate question of supply, casts a shadow on what it would mean for electric vehicles.

The Union Ministry of Power recently listed four main reasons for coal stocks which are reportedly dwindling. "There are four reasons for the depletion of coal stocks at the power plant end- unprecedented increase in demand for electricity due to the revival of the economy; heavy rains in coal mine areas during September 2021 thereby adversely affecting the coal production as well as despatch of coal from mines; increase in prices of imported coal to unprecedented high level leading to a substantial reduction in power generation from imported coal-based power plants leading to more dependence on domestic coal; non-building of adequate coal stocks before the onset of Monsoon," a release issued by the ministry informed. (Read more on HT)

While the ministry has assured that supply won't be affected, a number of state ministers have raised concerns.

But in the case of scheduled outage then, would it mean your electric car or scooter will remain stranded? It may well be likely.

With petrol and diesel prices breaking new records in terms of per litre pricing, battery-powered options have come as a relief but possible cuts in supply could negate the advantages.

This problem is, of course, apart from the larger question raised by many environmentalists about how green are electric vehicles if these make use of electricity generated by coal-powered units.

What is the way forward then?

It is not all gloom and doubt.

According to a report titled India Energy Outlook 2021, International Energy Agency outlines how solar power is likely to eventually match coal as the main source for electricity generation here. Underlining how India is the world's third-largest energy consuming country, it notes that solar power has enormous potential. “To meet growth in electricity demand over the next twenty years, India will need to add a power system the size of the European Union to what it has now," the report states. “Solar power is set for explosive growth in India, matching coal’s share in the Indian power generation mix within two decades in the STEPS – or even sooner in the Sustainable Development Scenario."

And it isn't as if significant moves have not already been made by India in this regard. Earlier this year, Prime Minister Narendra Modi inaugurated Asia’s largest solar power plant in Madhya Pradesh’s Rewa district. (Read more on HT here)

So while the current situation may appear a more than a casual bother for the still minisule number of people with an electric vehicle, the pace of electric vehicle adoption, say many, will need to be matched by alternate and sustainable means of generating electricity, whether is it is solar, wind or tidal.