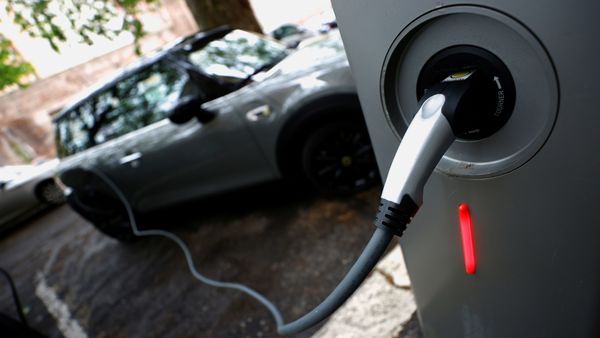 Union minister Nitin Gadkari has announced that the government is aiming for 30 per cent electric vehicle sales penetration for private cars, about 70 per cent for commercial vehicles and 80 per cent for two- and three-wheelers by 2030. He stressed that there is an immediate need to decarbonize the transport sector, PTI reported.

He also added that if the adoption of EVs increases by 40 per cent in two-wheelers and cars and close to 100 per cent for buses by 2030, it will help India reduce its consumption of crude oil by 156 million tonnes worth ₹3.5 lakh crores.

Addressing a virtual event by industry body FICCI, the union minister highlighted the importance of penetration of EVs in the country from an environmental and economical point of view. Gadkari also pointed out that in the EV mission, NITI Aayog has inspired 25 states to come up with EV policies, out of which 15 have already announced state EV policy.

He also added that a potential pilot project is being planned to install an electric highway between Delhi-Mumbai expressways that will facilitate the movement of electric heavy-duty trucks and passenger buses.

In an earlier report, Gadkri stated that the central agency under the Ministry of Road Transport and Highways (MoRTH) is working for the development of electric vehicle charging network along the national highways to establish a robust infrastructure for EVs.

The road transport and highways minister also highlighted that to fulfil the everyday transport needs of a large population, his ministry is also focusing on the development of efficient and affordable public transport systems such as metro rail, rapid rail transit, mono-rail, BRT, intra and intercity bus services.