Govt to make it essential for auto companies to make flex-fuel engines: Gadkari

Union minister Nitin Gadkari said that government will make it compulsory for vehicle manufacturers to develop flex-fuel vehicles after it gets permission from Supreme Court.The government is aiming for an ethanol economy, the minister shared.
By : HT Auto Desk
| Updated on: 01 Oct 2021, 10:15 AM 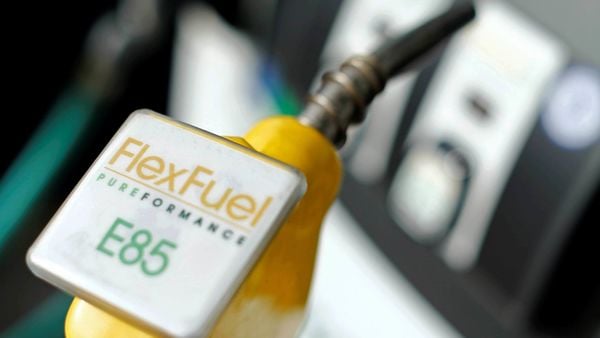 Union Minister Nitin Gadkari has informed that the government will make it compulsory for all vehicle manufacturers to make flex-fuel engines after it gets permission from the Supreme Court, as per a PTI report.

In an annual session of industry body PHDCCI, Gadkari shared that the government is putting all efforts to create an ethanol economy. “We are going to make it mandatory for all vehicle manufacturers to make flex-fuel engines (that can run on more than one fuel)," the road transport and highways minister was quoted as saying in the report.

Flex-fuel or flexible fuel is an alternative fuel that is developed by combining conventional fuels and methanol or ethanol. Gadkari pointed that countries like Brazil, Canada and the United States already have automobile companies that manufacturer flex-fuel engine vehicles. He also pointed out that ethanol is much cheaper than petrol and diesel.

In the report, he suggested that the military should restrict the use of diesel engines and instead start using trucks that are powered by CNG, LNG and ethanol. He also mentioned that the aim to develop an ethanol-based economy has received support as 450 factories have shown interest in producing ethanol.

Gadkari stressed the need to switch to indigenous fuels and also added that the government is working to make the automobile industry worth ₹15 lakh crore industry that will also offer additional employment to around one crore people in India.