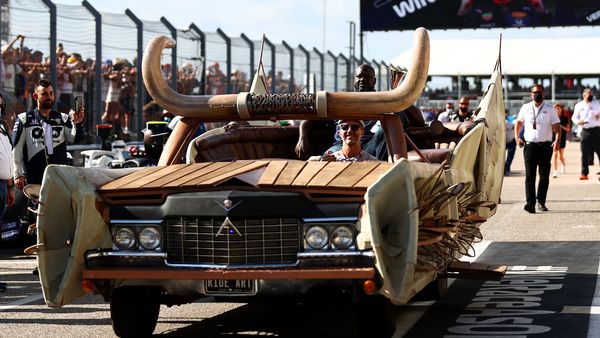 NBA legend Shaquille O'Neal brings the race winners trophy to the podium during the F1 Grand Prix of USA at Circuit of The Americas.

It is not at every race that a car can strut along close to the actual track and perhaps gain more limelight than the audaciously powerful Formula One cars. But expect Shaquille O'Neal to make a presence as big as the man himself and it was yet another grand entry for the NBA superstar, this time in a different competing arena. His choice of vehicle? A custom Cadillac complete with horns!

At seven-feet, Shaquille O'Neal cannot just get into any car. But the former US basketball player was all comfortable - and all smiles - as he was driven in in the custom Cadillac to present the F1 trophy at the recently-held US Grand Prix. The 49-year-old held the F1 trophy tight as he waved to spectators from the vehicle that was draped in wooden slates and had a set of horns as a crown of sorts. Quite obviously, it was an open-top vehicle which meant Shaquille O'Neal never had to bow - for courtesy or out of compulsion. 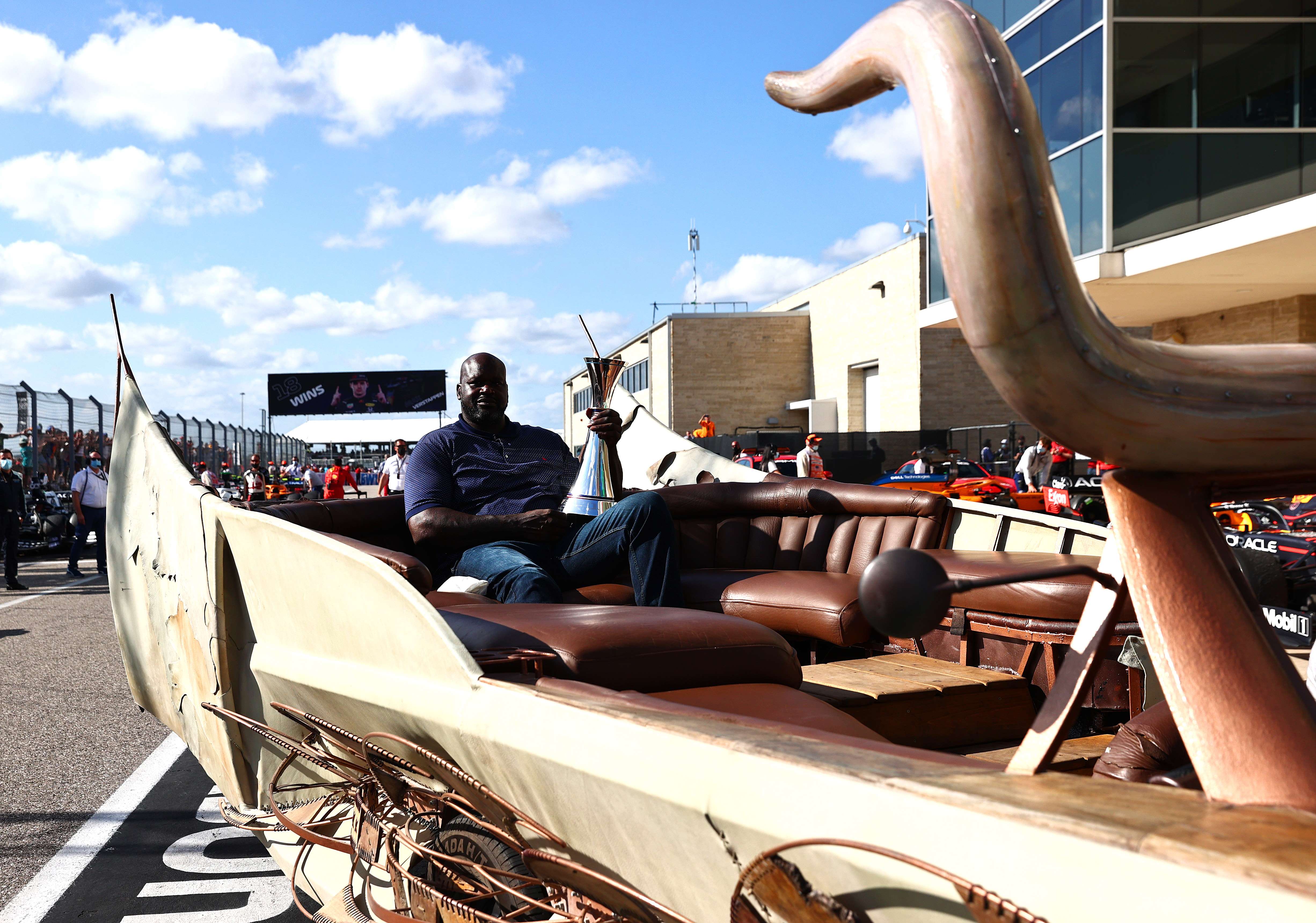 Room for plenty but meant for one: For once, Shaquille O'Neal could just not have complained about a lack of space in a car. (AFP)

Once on the stage, Shaquille O'Neal handed the trophy to Max Verstappen who won the F1 race at the Circuit of the Americas in Austin. Many netizens took to social media pages to highlight how the former basketball player was almost as tall as the Red Bull racer despite Verstappen standing on the podium. But at ground level, many also kept eyeing the parked Cadillac that was typically Texan.

Shaquille O'Neal himself owns a long list of vehicles but most of these are reportedly customized. Most vehicles in his garage are open-top and some do not even have doors. The list reportedly includes a Vanderhall Venice Roadster, Vaydor, Rolls-Royce Cullinan, Nikola Badger and more.